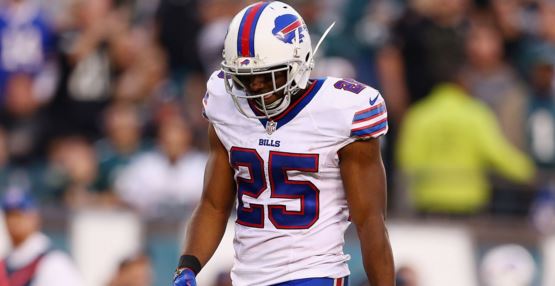 There were too many weird moments to even keep track of during LeSean McCoy’s return to Philadelphia.

McCoy’s long embrace before the game with Eagles owner Jeffrey Lurie was bizarre. His decision to kiss the Eagles’ logo at the 50-yard line during the coin toss felt overdramatic. And his attention-seeking effort to sprint off the field without speaking to anyone associated with the Eagles seemed childish. But after countless statements leading up to the game covering everything but the game of football itself, it’s hard to be too surprised by McCoy’s antics.

His feud with Eagles head coach Chip Kelly has been well-documented, as McCoy seemed more concerned with spiting his former coach than leading his Bills team to a victory. Claiming this offseason that Kelly “got rid of all the black players,” it had to add salt to McCoy’s wound that the Eagles’ touchdowns came courtesy of Darren Sproles and Nelson Agholor.

In the end, McCoy didn’t play poorly (109 total yards), but he didn’t do enough to help get his team a much-needed victory. Dropping to 6-7 on the season and now two games back of an AFC Wild Card spot, Buffalo’s season has essentially come to an end.

For as disappointing as this realization must be for McCoy, it stings even more knowing it came at the hands of Chip Kelly.