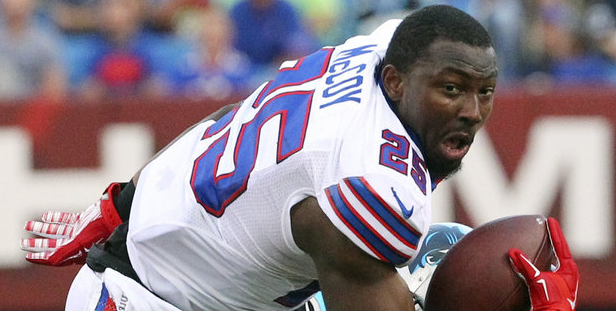 LeSean McCoy created quite a buzz when he got traded from the Philadelphia Eagles last offseason and accused their management of racism. Now, this time around, all the accusations are being made at his expense.

Philadelphia police released a statement on Monday that two off-duty officers were involved in a fight with four black men, aged 26 through 30, at 2:45 am on Sunday morning. The altercation took place at the Recess Lounge nightclub in the Old City district and reportedly started over the ownership of a champagne bottle.

While the police didn’t specifically identify the four suspects, the Associated Press confirmed that LeSean McCoy is one of the four people being investigated. The four men who allegedly started the fight didn’t sustain any significant injuries, but the same can’t be said for the outnumbered officers.

According to the police statement, the bottle dispute prompted some “pushing and shoving,” which led to one of the off-duty officers being “punched, kicked, and stomped about his body and head multiple times by all four suspects” after he fell to the ground. Another off-duty officer at the club also got injured as a result of breaking up the fight and is now receiving treatment for a potential skull fracture.

While McCoy has had some minor incidents in the past, if this one proves to be true, it would certainly be his worst. The NFL doesn’t take lightly to assault cases, and one of this magnitude would warrant a hefty fine and/or suspension.

Considering how much trouble he’s caused in Philadelphia thus far, it might be best for ‘Shady’ to spend the rest of his offseason in Buffalo.