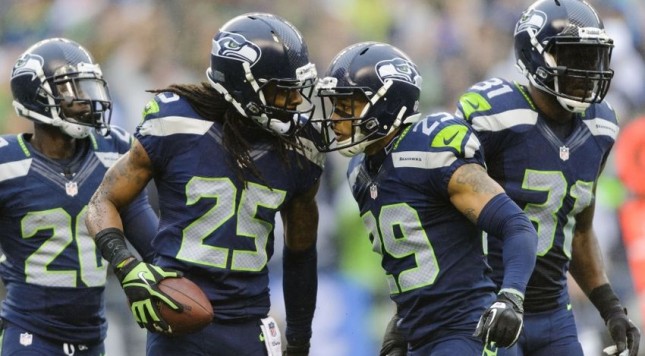 Yikes. I managed to go 2-3 in last week’s column, but I owe a sincere apology to A.J. Green, A.J. Green’s family, and anyone else who was insulted by my prediction that the Ravens would hold him to less than 70 yards. 10 catches, 227 yards and two touchdowns later, Green certainly made me feel like a moron. Optimistically, I’d like to think this will be the worst prediction I make all season.

Speaking of embarrassing, with Week 4 now involving bye weeks, we won’t get to watch the New England Patriots mercilessly destroy their opponent this week. However, there are still plenty of interesting games this weekend, so let’s take a look at five of the best ones.

The Raiders have looked impressive in their past two wins over the Baltimore Ravens and Cleveland Browns, but the Raiders should never be giving a field goal on the road. The Bears didn’t instill a lot of hope after punting on every possession against Seattle last week, but their defense looked much improved. With Jimmy Clausen a bit more comfortable in the offense and Matt Forte running hard, we’ll be reminded that this Raiders team is still the Raiders. Carolina has arguably been the most surprising 3-0 team this season, but their undefeated run ends this week. The Bucs will look to avenge their ugly home opening loss to the Tennessee Titans, and have played much better football the past two weeks. While last week’s 19-9 loss to the Houston Texans dropped Tampa Bay to 1-2 against the spread, poor field goal kicking by Kyle Brindza (1-for-4) was the only reason for this non-cover. I don’t expect Brindza to go 25 percent on field goals again this week, but if he does, he won’t be in the NFL Week 5. The Packers are 3-0 against the spread this year and are facing a 49ers team in complete disarray. While San Francisco has had success against Green Bay in recent years, these two teams are trending in opposite directions. The 49ers have allowed teams to score 40+ points in back-to-back games, and now face arguably the best offense in the league. Unless the 49ers can hold possession for 58 of the 60 minutes, they won’t be able to slow the Packers down. When NBC decided this would be the game they featured on Sunday Night Football, it’s safe to assume they didn’t think it would be featuring a Brandon Weeden-Luke McCown showdown. But with Brees expected to return, it looks like NBC lucked out and will have one star quarterback taking the field. After the Falcons obliterated the Cowboys defense last week, the Saints will look to do much of the same. Starting 0-3 and in danger of losing all playoff aspirations, New Orleans will be fired up to get in the win column to avoid an 0-4 start. Brandin Cooks explodes for a huge game, Sean Payton yells at Rob Ryan less than usual, and the Saints easily run away with this one. It’s never wise to bet against the Seahawks at home, but 10 points seems to be a bit too much in this match-up. While the Seahawks easily covered in last week’s game against the Chicago Bears, it was more a result of special teams than anything else. The Seahawks offense still looks out of sync, and there’s no way Stafford can continue to play this poorly. Ok, I guess he can, but with Calvin Johnson and Golden Tate to throw to, I think the Lions will keep this one close.