In a shocking Pre-Thanksgiving move, the Kansas City Chiefs announced on Wednesday afternoon that they would be signing former All-Pro cornerback Darelle Revis. Revis, 32, hasn’t played a snap in the 2017 season, but looks to make an impact on a team that has been struggling over recent weeks.

After kicking off the season with an improbable beat down of the defending champion New England Patriots, the Chiefs jumped out to a 5-0 start to the year. Since then, Andy Reid’s team has faltered on both sides of the ball. The big plays from Kareem Hunt, Travis Kelce, and Tyreek Hill have been shut down, as opponents have begun forcing the Chiefs into a one-dimensional style.

From Weeks 6 to 9, the Chiefs were outgained and had less first downs than their opponents in each game. They finally won both of those statistical battles last week, but still lost the game in overtime to the ailing New York Giants.

Although Kansas City remains atop the suddenly wide-open AFC West division, there were rumors circling that Reid would look to a quarterback swap. Alex Smith is just a few weeks removed from being the clear frontrunner for the MVP, and was having the best start to a season in his career. His numbers are still strong (2,674 yards, 69.4-completion percentage, 18:3 TD/INT), but the offense has lacked big-play potential against the stingier defensive units. Change seemed imminent as rookie Patrick Mahomes and his cannon arm waited in the wings.

It turned out that the only change Kansas City would look to make was in their defensive backfield by signing Revis. It comes as a low-risk move as the Jets will be paying much of Revis’ salary this year. He joins a group that is ranked 28th in passing yards allowed this season – a shocking number for a core with this much talent. Marcus Peters remains a key contributor, and former Oregon State Beaver Steven Nelson has settled into the No. 2 spot in recent weeks. Outside of those two, the Chiefs have failed to find any form of consistency from their secondary.

Revis looked to have lost a step during his last stint with the Jets. The once elite corner couldn’t keep up with receivers like he used to, making it all the more sensible that the Chiefs have no intention in playing Revis at corner at all.

The loss of safety Eric Berry in Week 1 went almost unnoticed amidst the celebration of knocking off the Patriots. Berry is the heart and soul of this Kansas City defense, allowing everybody else to settle into their rightful places on the field. Revis’ best skill as a player has always been his mind. He could run routes on the field better than receivers could, and manipulate QB’s into making poor decisions. At this stage of his career, he doesn’t quite have the foot speed to keep up with these young receivers. However, lining up at safety might be the key to lengthening his career.

Revis would have a chance to see the entire field in front of him and make plays accordingly. The speedy Ron Parker can take care of the deep part of the secondary, while Revis plays closer to the line of scrimmage. He’s always been a solid tackler for his position, and is plenty familiar with current Chiefs defensive coordinator Bob Sutton from his time working with the Jets.

It would certainly be a challenge for Revis — having never played safety throughout his collegiate or professional career — but there is evidence of the switch working out in the past. Both Rod Woodson and Charles Woodson excelled at each defensive back position. Devin McCourty of the Patriots was drafted as a corner, but made the Pro Bowl in 2016 as a safety. Most recently, LaMarcus Joyner of the Rams is enjoying the best season of his career after making the switch to the safety spot.

It should also be noted that Revis has already acknowledged the idea of making the switch. Being able to accept his physical limitations at this age shows that he is mentally prepared for the challenge ahead.

You can check out Kansas City’s newest signing when the Chiefs take on the Buffalo Bills on Sunday at 1et/10pt. Regardless of where he lines up, it’ll be nice to see an all-time great in Revis take the field one more time. 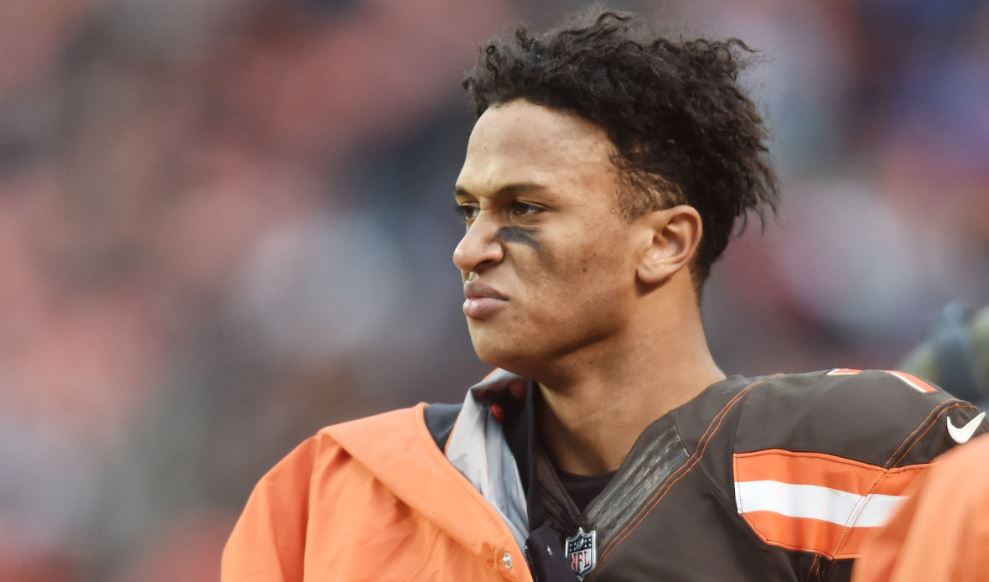