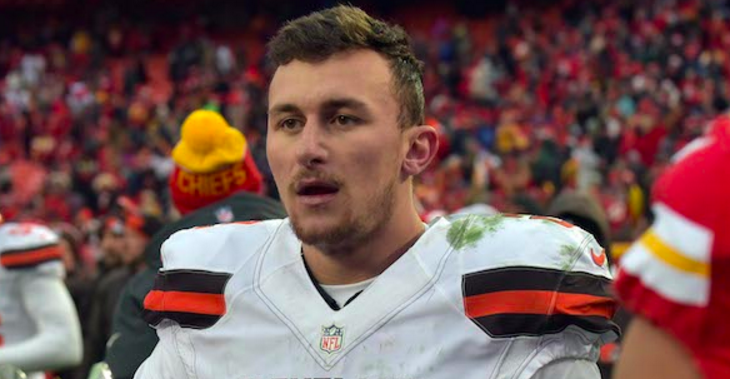 Cleveland Browns quarterback Johnny Manziel just can’t seem to escape trouble. The embattled signal-caller has had a terrible start to his 2-year NFL career, and the latest news regarding an incident between he and ex-girlfriend Colleen Crowley certainly won’t help.

Crowley filed a domestic assault complaint against Manziel, and alleged that the incident began at Hotel Zaza in Dallas. Now weeks later, Dallas police has announced that they have obtained video surveillance of the two at the hotel.

Major Midge Boyle addressed the media on the matter, stating, “There has been no determination as to what charge, if any, will be filed against Mr. Manziel.”

However, the fact that there is accessible footage does not come as good news to Manziel. Crowley said an argument took place in their hotel room, and after the quarterback took her down a back stairway to head to the valet, she told a hotel employee that she was “scared for my life.”

Crowley went on to explain that Manziel then threw her in his car, and sped off. In the car, more arguing ensued, and Crowley claims Manziel struck her, which led to her eardrum being ruptured.

It has become the ultimate game of “he said, she said,” as Manziel has repeatedly stated the alleged incident didn’t happen. But no matter what the ruling on the case is, it has become abundantly clear that Manziel needs to work through his personal issues before he ever has a chance at a successful NFL career.