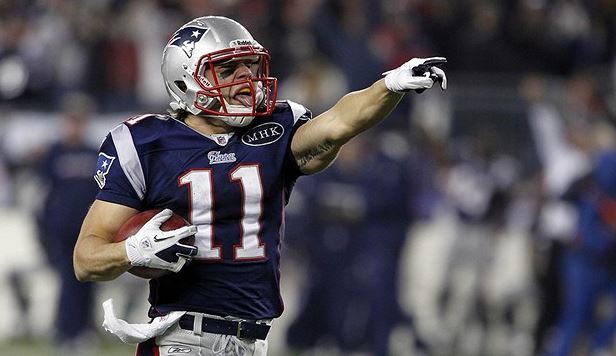 This Sunday night, the New England Patriots travel to Indianapolis to play the Colts for the first time since the Deflategate scandal. Although New England’s running backs have dominated in recent games, they might have to take a backseat in this one and let a very motivated Tom Brady go to work.

Since Wes Welker left for Denver nearly three years ago, New England didn’t have to look far to find a replacement. Over the past two seasons, Julian Edelman has registered 207 receptions, 2,028 receiving yards and 10 touchdowns. He’s seen time all over the field, from slot receiver to punt returner to defensive back. For a guy that played quarterback in college, Edelman might be the most versatile offensive weapon in the NFL.

Through the Patriots’ first four games, the former Kent State quarterback already has 34 receptions, 399 receiving yards and three touchdowns. This stat line puts him on pace for 136 catches, 1,596 yards and 12 touchdowns for the full season. With Brady still furious at Commissioner Roger Goodell, Edelman finds himself in the perfect situation to lead all receivers in fantasy scoring in Week 6. The Colts defense never does well against New England (inflated balls or not), and there’s no reason to think that Brady won’t pick them apart again.

As long as the Pats don’t run the ball 50 times, there should be ample opportunities for their receivers to find open passing lanes. Brady normally spreads the ball around to a handful of weapons, but he clearly trusts Edelman and tight end Rob Gronkowski more than others.

New England has every reason to want to blow out each of their opponents this year, but there’s no question that this week’s game holds a bit more meaning. Look for Brady to approach the NFL record for most passing yards and touchdowns in a game as he unleashes his anger. The primary benefactor of Brady’s revenge will be his favorite target, Edelman, as the slot receiver should continue on his statistical rampage in Week 6.