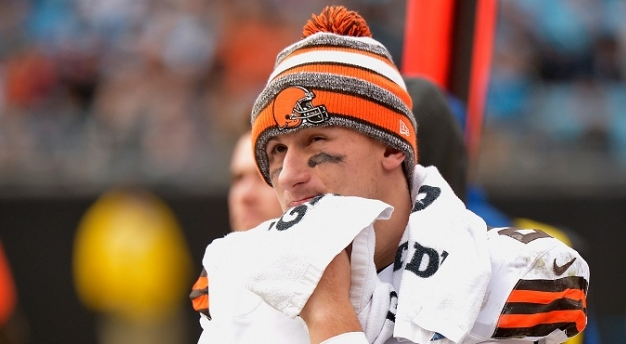 Apparently, Manziel thought so too, since his recent benching is a result of his partying ways once again rearing its ugly head. With the Cleveland Browns on the bye this past week, Manziel headed to Texas for the weekend. However, video of him surfaced, and the Browns’ front office came away unhappy with what they saw.

One week after being announced as the starter for the remainder of the season, Manziel has been demoted to third string. It is a disappointing conclusion for a player whose off-field actions have become more notable than his play on the field.

Even for Cleveland’s standards, this year has been a bizarre quarterback carousel. Josh McCown will once again re-take starting quarterback duties, and Austin Davis will serve as his back-up.

When you find yourself backing up Austin Davis, that’s usually a sign that an NFL franchise doesn’t have high hopes for you. With that now being the position Manziel finds himself in, there’s a very real chance he has played his last down as a member of the Cleveland Browns.

There will likely be some suitors for Manziel’s services this offseason, but until he proves capable of behaving responsibly, he better get used to holding a clipboard.