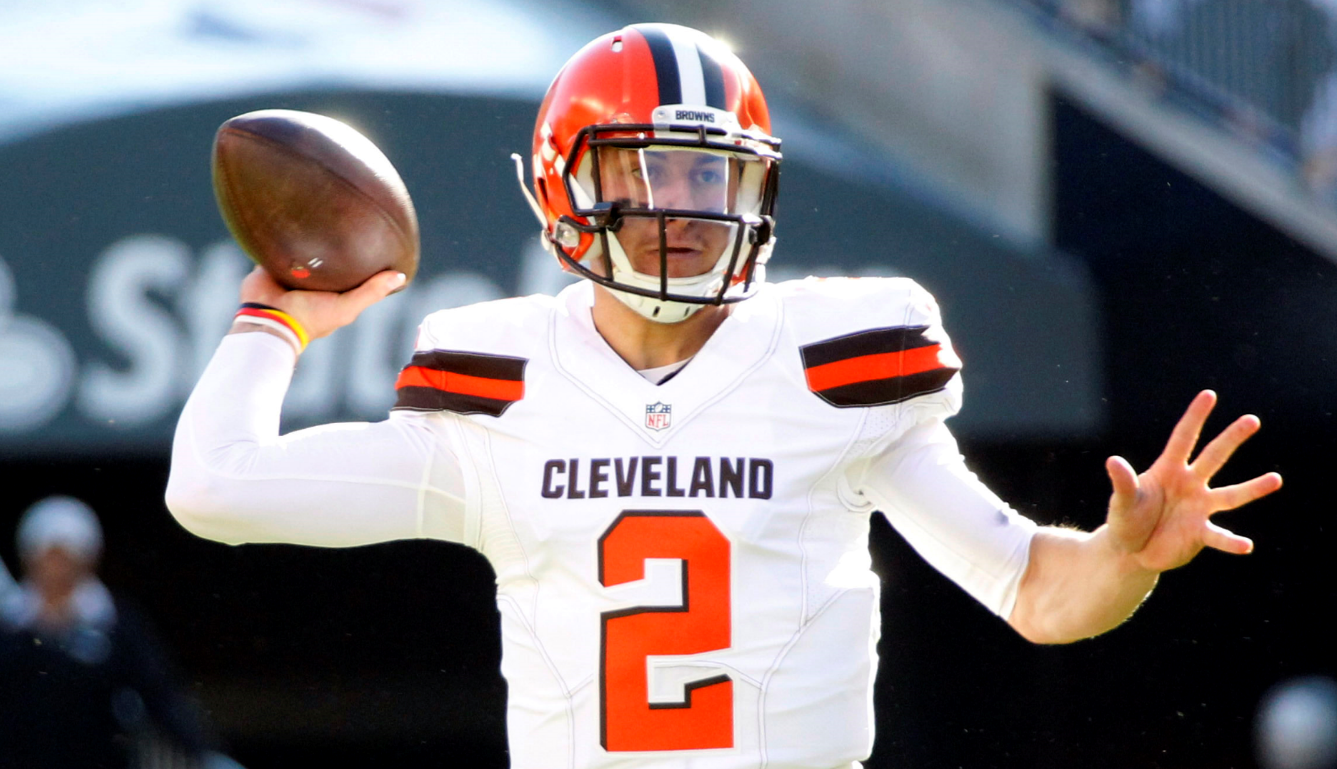 Johnny Manziel is sober and ready to play some football. The polarizing Heisman winner from Texas A&M took to Twitter to let his followers know that he “was a douche in 2016” and is ready to put the past behind him. This came in a long string of Thursday night tweets that indicated Manziel was ready to turn his life around and start working towards getting back on the field. According to Ed Werder from ESPN, Manziel has gotten sober without any need of professional assistance, and hopes that a team will give him a chance.

From his volatile relationship with ex-girlfriend Colleen Crowley to his multiple drug-related offenses, Manziel’s off-the-field misconduct has been well-documented. Manziel saying he’s sober now is obviously a huge step, but plenty of NFL teams will be more than skeptical. It will be a daily grind for Manziel, and surrounding himself with people that truly care about his well-being and his life outside of football will help immensely.

As a football player, we haven’t seen Manziel since his forgettable year and a half stint with the Cleveland Browns. In Manziel’s defense though, the Browns over the last decade haven’t exactly brought the best out of their players. He showed special playmaking ability during his two years as an Aggie, and had flashes of that with Cleveland. It would take a near perfect situation if he wants to live up to even half of the expectations that are set for a first-round pick.

The team that decides to give him a chance has to decide if signing a guy that has as many interceptions as he does passing touchdowns over his NFL career is worth the ensuing media circus. Dallas has always held a special place in Manziel’s heart, and would more than likely be one of his favorite destination spots. They don’t need the help at quarterback, but could utilize him as a backup/gadget player if they decide to deal Tony Romo. Staying in Texas, the Houston Texans have to be feeling intense buyer’s remorse with Brock Osweiler, meaning they could be willing to let Manziel battle for the starting spot. Johnny Football played his college home games less than two hours away from NRG Stadium in Houston, ensuring that there would be plenty of Manziel fans in the stands.

The Bills and 49ers have questions at the quarterback spot too, but Manziel doesn’t have the physical skills of Tyrod Taylor or Colin Kaepernick. The Jets, Bears and Broncos shuffled quarterbacks quicker than any other teams last season, but have young talent with higher ceilings and less baggage. A reunion with the Browns could be a possibility, but it just seems too soon to mend the wounds from their last relationship.

Admitting you have a problem is a big step to bettering yourself, and Manziel is just now starting to take responsibility for his actions over the past few years. Whether he ends up getting signed or not, we can all agree that we hope for the best for Johnny in his future.