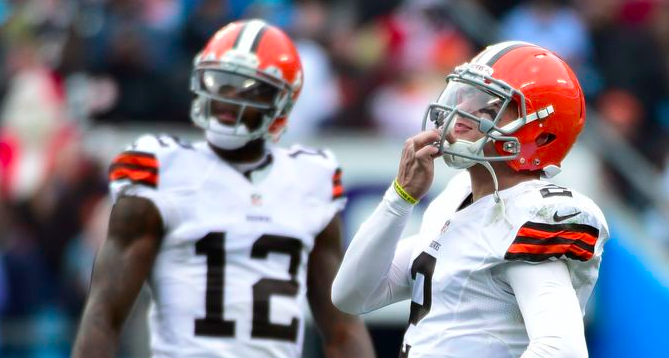 The league banned wide receiver Josh Gordon last February after he violated the league’s substance abuse policy for a third time. The one-year ban began on February 3, and a reinstatement application was the first necessary step if Gordon is to play the 2016 season.

The headaches never seem to end for the Cleveland Browns, as they will have to make a decision on whether or not they want to keep him if he is reinstated. Obviously, someone of Josh Gordon’s caliber should be on an NFL roster, but a team plagued by player conduct issues like the Browns has seemingly been a poor fit.

For new head coach Hue Jackson, this is yet another obstacle to add to the list of ongoing challenges. Jackson weighed in on the topic saying, “What I’m anxious to do is evaluate him just like we’re going to evaluate every player on our roster and see if they are the right fit for the Cleveland Browns.”

Jackson showed an affinity to keep Gordon though, pointing out that he wants big receivers on the team and the Browns have their share of “Smurfs.” Speaking with 92.3 The Fan In Cleveland, Jackson went on: “I think the big guy is huge in this league. You gotta have a dominant vertical threat in the National Football League to have a good offense.”

The combination of Johnny Manziel and Josh Gordon seems like the most toxic off-the-field duo imaginable. With the Browns unlikely to keep both, it appears Commissioner Roger Goodell – the man in charge of Gordon’s reinstatement – could be acting as Cleveland’s general manager this offseason.