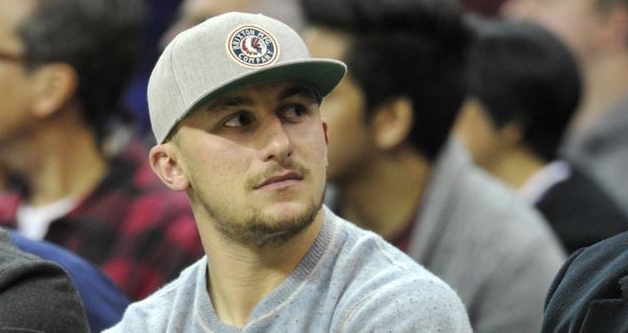 Johnny Manziel simply can’t stay out of the spotlight. TMZ reported that earlier this week, the former Cleveland Browns quarterback was involved in a hit-and-run accident.

On Saturday night, Manziel was in the passenger seat when the SUV he was in crashed into a light pole. The first-round pick out of Texas A&M fled the scene and was picked up by none other than former Browns wide receiver, Josh Gordon.

It was just reported that the two are currently roommates – a nightmare scenario as both players face disciplinary action from the NFL. Gordon recently tried to get reinstated after being suspended for the entire 2015 season, but a urine sample showing marijuana and dilute caused his request to be denied.

Fortunately (if there’s any positive) for Manziel, he wasn’t driving the vehicle. The driver happened to be Drake’s friend and OVO crew-member Ryan Silverstein.

Clearly unhappy with Manziel’s antics, his new agent, Drew Rosenhaus, said that he will cut Manziel if he doesn’t receive treatment. “There is a five-day window for me to rescind the termination,” Rosenhaus said. “I’m hoping he takes the necessary steps to get his life back on track.”

After all the drama on and off the field, it seems that everyone is hoping Manziel can figure it out soon. If not, he’ll be without an agent and a job for quite some time.