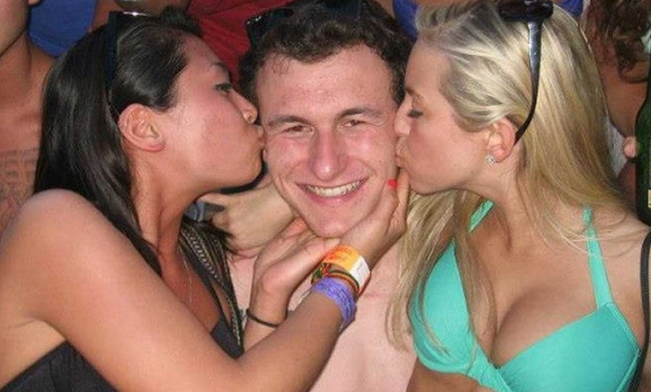 It has been a historically terrible offseason for former Cleveland Browns quarterback Johnny Manziel, and it didn’t get any better Friday night. While in Las Vegas doing what Manziel normally does (partying), he was caught on camera involved in this scuffle:

Shortly after the fight was broken up, Manziel was booted from the venue. It’s believed the fiasco took place at Jewel Nightclub – a well-known party spot at the Aria Hotel.

The whole incident came as a result of Drake making a surprise appearance at the Vegas hotspot. As members at the club rushed to the front of the stage to jockey for front-row seats, Manziel slugged a club-goer who shoved him in the back.

It has simply become the latest negative story involving Manziel, who was indicted on a misdemeanor assault charge in April and was released by the Browns one month prior to that. The former Texas A&M quarterback has yet to be signed by a new team since his release, and antics like this will only hurt his chances.

We may have seen the last of Manziel on the football field, but don’t worry, he won’t be leaving the TMZ limelight anytime soon.