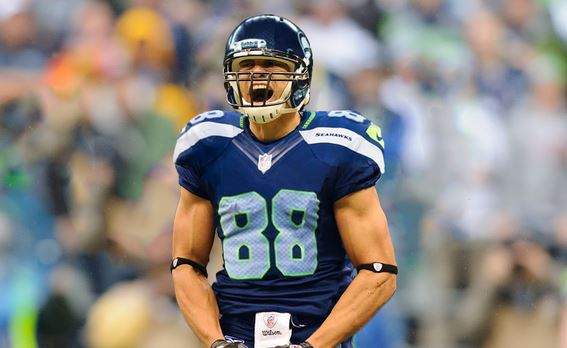 The Seattle Seahawks are 0-2 and although fingers can be pointed to the absence of Kam Chancellor for either game, it’s clear the defending NFC champions have more problems than just the absence of one player.

The elephant in the Seahawks locker room has been the ineffectiveness of their biggest off-season addition, the dynamic and explosive Jimmy Graham. Through two weeks, Graham has totaled seven catches and 62 receiving yards with one touchdown. While these numbers could be seen as fairly decent for an average tight end, Graham is held to a higher standard because of his immense ability.

When the Seahawks made the trade for Graham, fans envisioned a near unstoppable offense consisting of Russell Wilson, Graham and Marshawn Lynch. Never having a true number one receiving threat, the already established Wilson would benefit greatly from Graham’s athleticism, while Lynch would be the beneficiary of teams needing to double team Graham in the red zone. Instead, Graham has been placed on the back burner, highlighted by just two total targets in last week’s marquee matchup against the Green Bay Packers.

To make matters worse, the Seahawks’ second tight end option, Luke Willson, was targeted twice as much as Graham. The only logical explanation for this is Russell Wilson thinks the idea of throwing to a guy that has the same last name (spelled differently) as him will look cooler in the box score.

Graham hasn’t complained to the media just yet, but there are whispers that he has vented his frustrations to his teammates.

It’s still early in the season, and a talented and experienced group like the Seahawks will figure it out eventually. The return of Kam Chancellor should certainly boost morale in the locker room, and Graham’s potential in this offense will shine soon enough. Figuring out how to utilize somebody as versatile as Graham would be an enviable position for any offensive coordinator in the league.

Then again, if the Percy Harvin saga is any indicator, the Seahawks can always just get rid of him for pennies on the dollar. Only one thing is clear, either with or without Jimmy Graham, the Seahawks are going to find their groove in the very near future.