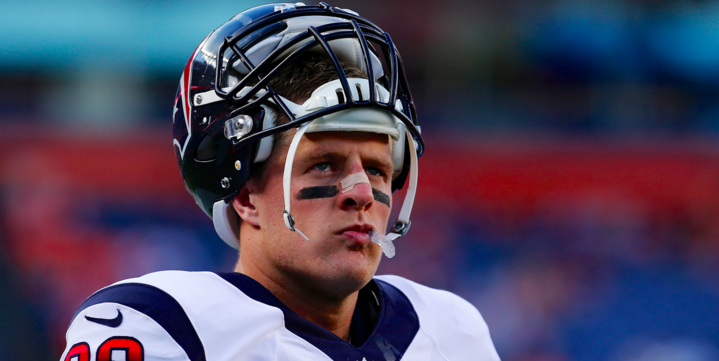 It’s never a good idea to make J.J. Watt angry, and that’s exactly what fans and the media have done. The most disruptive force in the league is unhappy with the latest reports concerning his health, and took to Twitter to express his frustration.

“Stop calling my injury a sports hernia,” Watt tweeted. “I’m sick of seeing that. Either get the facts straight or don’t report on it at all. If you think I’d leave a game and my teammates over just a sports hernia, you’re crazy.”

Watt is referring to Houston’s last game of the season – a loss in the AFC Wild Card game against the Kansas City Chiefs – in which he was unable to finish the game. While Watt wouldn’t specify what his injury actually was, the Texans’ final injury report listed it as a groin injury.

Despite a disappointing conclusion to the season for Watt, it was still a very successful one. After leading the Texans to a surprise postseason berth, Watt took home his third Defensive Player of the Year Award in the past four seasons.

The former Wisconsin Badger joined Hall of Fame linebacker Lawrence Taylor as the only other player to win the award three times. This year, Watt led the league with 17.5 sacks and had 76 total tackles.

As if the numbers weren’t impressive enough, Watt did most of this while playing with a broken hand. Spending half the season with a cast, Houston’s defensive end still managed to wreak havoc and bring his same dependable tenacity.

That intensity is guaranteed to return with a fully healthy Watt next season – especially considering it’s only February and he’s already pissed off.