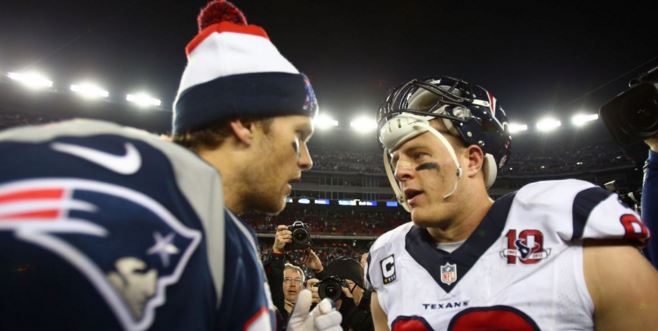 Houston Texans pass-rusher J.J. Watt joined Cam Newton and Tom Brady as one of three current NFL athletes to have his own personal logo.

Watt shared the news with fans across the world by posting a photo of the logo on his Instagram account:

The logo will primarily be featured in Watt’s Reebok campaign, and holds extra significance when looking at it more closely. The two J’s side-by-side also form a “W,” and when turned upside down, it resembles No. 99 (Watt’s jersey number).

Watt has become the key endorser for the Reebok brand, and rumors are circulating that a Watt-exclusive training shoe could be released to the public in the near future. Unfortunately for Watt, Reebok and the NFL don’t have an apparel agreement, which prevents the 3-time Defensive Player of the Year from wearing the endorser’s logo on the field.

Although Watt can’t showcase Reebok products on the field, his ascension into global superstar heights has still been crucial to Reebok’s brand. And as Watt’s personal accolades continue to mount, we can only assume his endorsement deals will as well. In addition to Reebok, Watt already has deals with Bose, Gatorade, Verizon and others, and has become the rare, marketable superstar who plays on the defensive side of the ball.

Seemingly in the blink of an eye, Watt has become as much of a force to be reckoned with off the gridiron as he is on it.