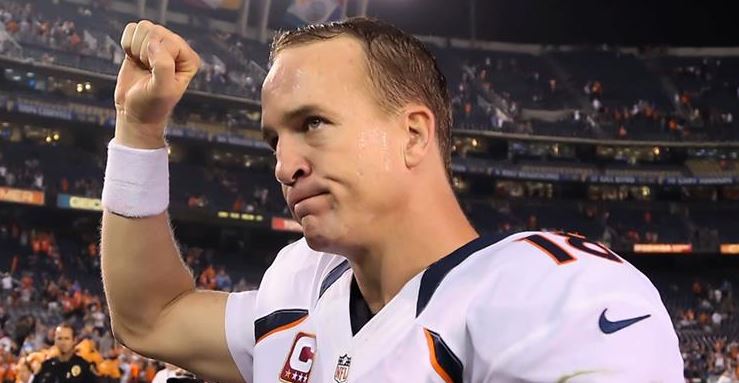 Arguably the greatest regular season quarterback of all-time, there will never be another player quite like Peyton Manning. He is already first all-time with 536 touchdown passes, and should pass Brett Favre for most passing yards in NFL history within the next five games.

But that’s exactly why we must now say goodbye.

Currently trailing Favre by 913 yards, it will likely take Peyton five games to eclipse Favre’s 71,838 yard mark. The Manning we all grew to love would have obliterated this record in three games, and made it look easy in the process.

Instead, we are left observing an immobile conglomeration of medical procedures compete in a world he no longer belongs in. We as NFL fans are left to feel guilty as we watch Peyton Manning crumble to the ground any time there is a player running at him, and throw wounded-duck passes to any receiver more than five yards downfield.

With more and more studies showing the negative long-term effects of playing football, you can’t help but wish Peyton would walk away. Guys have their lives ruined when in peak physical condition, so imagine what can happen to Peyton at any moment in his current state.

Last weekend’s game against the Oakland Raiders seemed to be the nail in the coffin. Facing arguably the worst pass defense in the entire league, it was the kind of game in which typical Peyton would have thrown for 400 yards, five touchdowns and zero interceptions.

But we are no longer watching Peyton Manning.

What we saw was 266 passing yards, zero touchdowns, and two interceptions. To make matters worse, he threw both interceptions to fellow 1998 draft pick Charles Woodson – a player who had never picked off Peyton in each of their 18-year careers.

The game has come full circle for Peyton, as the player who snagged the Heisman Trophy before he came to the NFL is the same one signaling Manning’s need to retire. With the only knock on Manning being his lone Super Bowl win (2007), he has nothing left to prove in this league.

Don’t be fooled by the Broncos’ 5-0 start to the season, as they are far from a Super Bowl threat with Peyton Manning under center. When Brock Osweiler gives your team a better chance to win, you know it’s time to walk away.