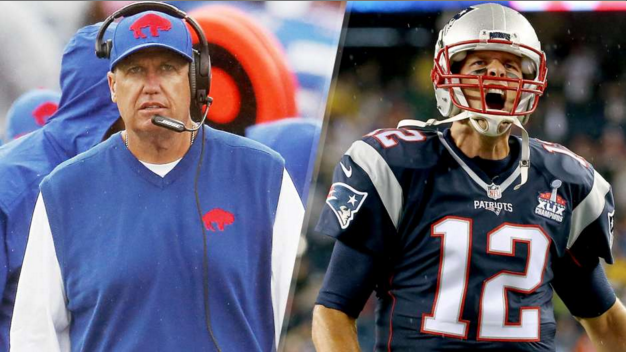 Week 11 promises to be a pivotal one in the NFL. Let’s dive right in and look at five of the most intriguing storylines this week has to offer:

1. Tony Romo Returns For The Cowboys

Dallas Cowboys fans couldn’t have watched another week of Matt Cassel football. Between Cassel and Brandon Weeden, the two quarterbacks led Dallas to a winless seven game streak in Romo’s absence. While the playoffs are a long shot to say the least, Romo at least makes the Cowboys a respectable football team. With all of their firepower back on the field (Romo/Dez Bryant/Jason Witten), Romo’s return will be most impactful in the world of fantasy football. We could be witnessing the next Tom Brady scenario this week – a veteran quarterback (Drew Bledsoe/Peyton Manning) goes down, and the youthful second stringer steps in and never looks back. While that can’t be considered likely, Brock Osweiler’s first career NFL start is certainly a huge headline. Having never played a snap in an NFL regular season game when his team is within seven points, Osweiler lacks any high-pressure experience. If Osweiler exceeds expectations and supplants Manning, we could be looking at a future dynasty in Denver. If it goes poorly (much more likely), Denver will join 15 teams this offseason in search of a franchise quarterback. The Buffalo Bills and New England Patriots square off this week on Monday Night Football, and it promises to deliver the same entertainment all Rex Ryan-Bill Belichick match-ups do. Just starting to get healthy, Buffalo is playing their best football of the season and would love nothing more than to hand the Patriots their first loss of the season. Julian Edelman’s injury definitely slows down New England’s high-octane offense, and it will be interesting to see how Tom Brady adjusts. The only thing this game is missing is Bernard Pollard – a player Rex Ryan would surely appoint as a team captain if he were a member of the Bills. The Arizona Cardinals are feeling good after their road win over the Seattle Seahawks, and look to be an elite team in the NFC. With Carson Palmer playing the best football of his career, he now gets to face off against his former team. This game lost a bit of its intrigue after the previously undefeated Bengals lost to the lowly Texans on Monday Night Football, but it still promises to be a good one. Another performance by Dalton like Monday’s and people will be quick to chalk up his first eight games this season as a fluke. We don’t know whether the ‘Red Rifle’ or ‘Red Ryder BB Gun’ will show up, but you can be sure that Palmer will bring his best.

5. The Battle For NFC North Supremacy The Green Bay Packers are reeling, looking to avoid their first four game losing streak since 2008. On the other side, the Minnesota Vikings are trying to win their sixth game in a row. With the two squaring off in Minnesota this week, both teams desperately need a win to keep their division title hopes alive. The Vikings currently hold a one-game lead, but a game at Green Bay in Week 17 makes this one that much more important. Just like any other match-up between these NFC North foes, this one promises to feature plenty of Rodgers and Adrian Peterson.