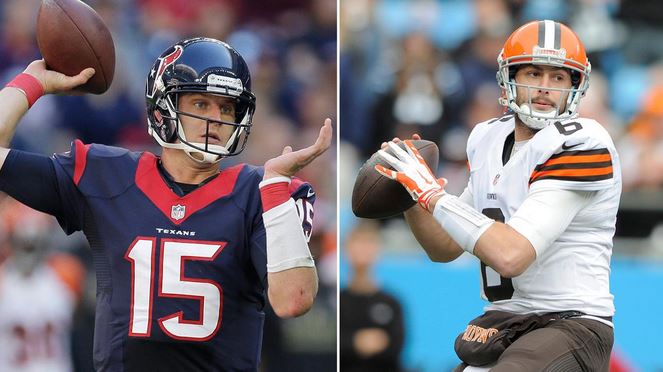 Houston Texans’ head coach Bill O’Brien announced that Ryan Mallett will be the starting quarterback in Week 2 against the Carolina Panthers.

Following Brian Hoyer’s awful performance in the Texans’ Week 1 loss to the Kansas City Chiefs, O’Brien had apparently seen enough. Those who watched HBO’s Hard Knocks know how close this quarterback competition was throughout the off-season, but few expected such a drastic change after only one game.

Bill O’Brien’s pre-emptive move seems ready to create a see-saw effect that will prevent any sense of continuity within Houston’s offense. But with Alfred Blue in the backfield and no pass-catcher beyond DeAndre Hopkins worth mentioning, the only consistent element of the offense is a lack of talent.

Once star running back Arian Foster returns, the Texans offense becomes significantly more dynamic. However, O’Brien’s patience with Mallett and Hoyer may run out before Foster gets back on the field.

With an inevitably poor performance by Mallett against the Panthers in Week 2, the quarterback carousel is going to keep spinning. Heading into Week 3, O’Brien might be left with no choice but to start J.J. Watt at quarterback.

While it would be an unprecedented move to start a defensive end at quarterback, at least Houston would finally have some talent at the position.