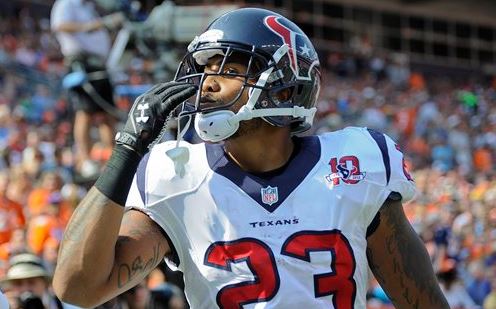 A week removed from a 27-20 loss to the Indianapolis Colts, the Houston Texans (1-4) are looking to rebound and salvage their season. Thanks to Arian Foster, they might be able to do just that on Sunday against the Jacksonville Jaguars.

Foster suffered a groin injury earlier this year and missed a significant portion of the season. However, the running back is slowly getting back to full health, and now appears ready for a major workload.

Last week against the Colts, Foster rushed for 41 yards on 19 carries and seemed a bit rusty. However, his stat line was saved by the nine receptions and 77 receiving yards he hauled in.

Now, Foster gets to face a Jaguars defense who just allowed 183 rushing yards and two touchdowns to a Tampa Bay Buccaneers attack led by Doug Martin. If Martin was able to obliterate a team’s defense, there’s no telling the kind of damage Foster is capable of.

Houston is going to need their bell-cow running back to carry the offense as quarterback continues to be an area of concern. Brian Hoyer will get the start against the Jaguars, meaning Foster should be the beneficiary of his quarterback’s check-down tendencies.

Coming off of 10 days rest and ready to remind fans of his former greatness, Arian Foster is primed to finish Week 6 as the No. 1 running back in fantasy football.