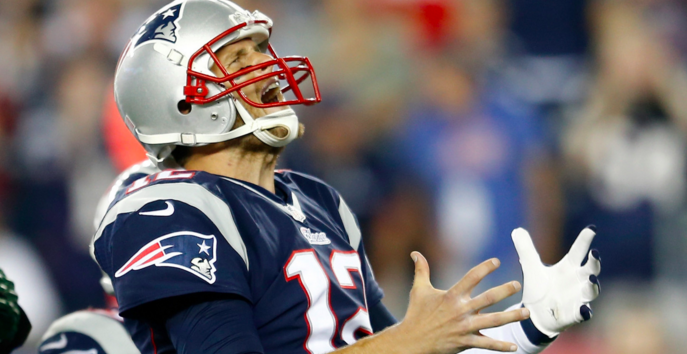 RELATED: Philadelphia Eagles Provide Blueprint For How To Beat The New England Patriots
This is the seventh time in Brady’s career that his team has lost two in a row, and they have had no trouble in the past correcting their mistakes. Having gone 212 consecutive games without a three-game losing streak, New England seems to play its best football with its back against the wall.

In the two most recent instances where the Patriots lost two in a row (2011 and 2012), they went a combined 22-3 to close out those seasons. Two of those three losses came in the playoffs, indicating they quickly return to their dominant form in the regular season.

That spells bad news for New England’s next opponent, the Houston Texans.

J.J. Watt’s squad is playing its best football of the season, and currently sits tied atop the AFC South at 6-6. But despite winning of three of their last four, it won’t matter against an angry Tom Brady.

Missing Julian Edelman, Danny Amendola and Rob Gronkowski, it’s clear Brady was struggling to find his rhythm against the Eagles last week. But with another week of reps with his new receiving corps under his belt, Brady will be ready to pick apart a vulnerable Texans secondary.

RELATED: Despite Loss, New England Patriots Come Away Winners For This Reason
Surprisingly, this game has major playoff implications for both teams. While the Texans battle for the AFC South title, the Patriots now find themselves tied at 10-2 with the Cincinnati Bengals and Denver Broncos for home-field advantage throughout the playoffs.

The Patriots’ backs are against the wall, and that only means one thing – a run of New England dominance is set to begin this week.