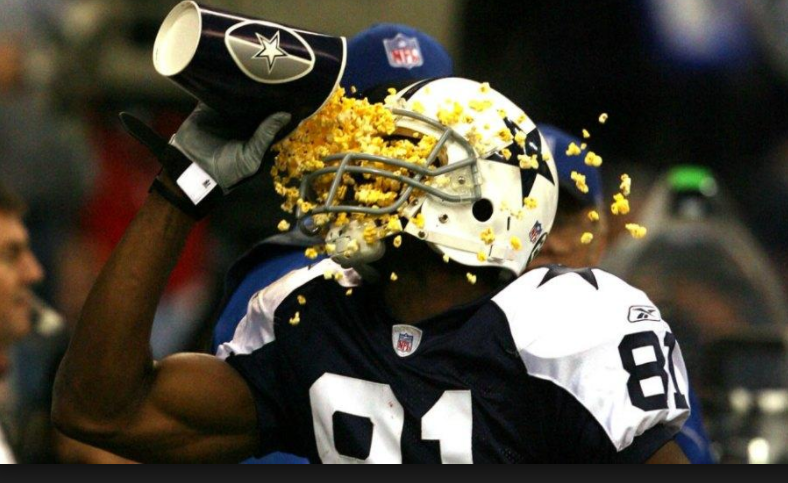 Nicknamed ‘The No Fun League” by many, the NFL is attempting to change that narrative.

Last month, the league announced that it will begin a process to lighten up on the penalties players may face based upon their touchdown celebrations. Players can now use the ball as a prop, and can participate in group celebrations — as well as celebrations on the ground.

It’s an obvious attempt to garner more in the way of entertainment, which makes sense considering it’s the biggest money making angle the sport truly can exploit.

This piece will look at the best touchdown celebrations over the years. More often than not, these sorts of dances and exhibits of jubilation elicited fines. Going forward, this likely won’t be the case:

Against the AFC East rival New York Jets in 2011, Bills receiver Stevie Johnson pretended to shoot himself in the leg once celebrating in the end zone. This may appear weird without context, but the dramatic act was done as a means to make fun of Jets’ receiver Plaxico Burress for accidentally shooting himself in his leg.

In 1965, New York Giants receiver Homer Jones slammed the ball down into the ground once reaching the end zone in a contest versus the Minnesota Vikings. He coined the phrase “the spike.” Since then, this celebratory measure has been the most iconic and classic celebration the league has seen to date.

When scoring a touchdown in a 2003 contest versus the Cleveland Browns, Kansas City Chiefs receiver Johnnie Morton found it necessary to channel his inner Scotty 2 Hotty. Once landing in the end zone, Morton executed a perfect worm right in front of the official.

One of the most prolific offenses during the late 1990’s, the Atlanta Falcons routinely ended up in the end zone. Then-running back Jamal Anderson came up with the dance — which then became a staple within the team in any big-play situation.

This move had somewhat of a storyline behind it. At the time, members of the Minnesota Vikings had been embroiled in a ‘party boat’ scandal. Wanting to entertain — whilst also making fun of the opponent — Steve Smith decided to pay tribute with a boat rowing celebration of his own. Surely, this didn’t please Minnesota very much.

In the second decade of the 2000’s, twerking has become a national pastime within the United States. Women of all ages (sober or not) have at least attempted this dance once during an outing to a club, or on a fun night with friends. Receiver Antonio Brown showed off his immense moves during this contest versus the Washington Redskins in 2016.

Not to be outdone by his twerking, Brown pulled off a crazy move with this leap onto the goal post. Fortunately for Steelers fans, Brown was not injured after the incident. With that said, this may have been the most ‘dangerous’ of the touchdown celebrations listed within the piece.

You’ve got to feel sorry for the ground in this scenario. The talented tight end celebrates much like he plays: Physically. Gronkowski has come up with the Gronk Spike — where he literally slams the ball down into the turf as hard as he can. While it’s not aesthetically pretty, it’s effective nonetheless.

Though he had a relatively short NFL career, running back Ickey Woods was perhaps most known for the Ickey Shuffle — a move utilized when a touchdown was accrued. The move was so popular, GEICO decided to feature it in a commercial.

This was one of the most controversial celebrations in NFL history. Being bitter rivals, Green Bay and Minnesota were not fond of each other. This extended to the respective fan bases. Moss was fined $10,000 for simulating the mooning of the crowd at Lambeau Field once scoring a touchdown. He did get the last laugh though — as Minnesota won the contest (which was a playoff game).

We know Chad Johnson (aka Ochocinco) was a spectacular receiver. What we didn’t know is that he also prides himself on being a star in the golf world. Against hated rival Baltimore in 2005, Johnson took a pylon and proceeded to “putt” the football as if he was trying to sink a short shot on the green. You will see Terrell Owens pop up multiple times within the list. The receiver was one of the most entertaining entities throughout his playing career. When with the Cowboys, Owens deemed it necessary to partake in some popcorn after a score.

Ezekiel Elliott: Jumping in the Pot

Elliott’s submission is rather hysterical. The sensational rookie jumped into a gigantic Salvation Army donation bucket once scoring a touchdown. He could’ve been paying homage to Owens — who had a similar celebration a decade earlier.

After one of his many touchdowns with the Bengals, Ochocinco decided to drop down on one knee and “propose” to one of the cheerleaders. To the best of our knowledge, she did not accept the proposal. Nonetheless, it was very entertaining.

During a 2002 game with the 49ers, Owens deemed it necessary to offer the San Francisco crowd a bit of pep and energy. Taking two pompoms from a cheerleader, Owens proceeded to dance in the back of the end zone with the props. The creativity for this celebration was simply off-the-charts for Owens. During a game versus the Seahawks, the pass-catcher got into the end zone for a touchdown. He lifted his sock up and took a sharpie out from his foot area. Owens then signed the ball before gifting it to a fan in the crowd. During a 2007 game with the Bengals, Johnson hauled in a touchdown pass. He then proceeded to head to the sidelines — where he put on a mock Hall of Fame jacket with “Future H.O.F” lettering on the back of it.

Prior to playing for the Cowboys, Owens didn’t do much to endear himself to the faithful in Dallas. During a contest in 2000, he scored a touchdown for the 49ers, and proceeded to run to midfield — where he celebrated. He attempted to do it a second time in the game, but was leveled by Dallas safety George Teague.

Deion Sanders was a ridiculous athlete during his playing days in both the NFL and in MLB. When he was on the gridiron, he routinely shut down opposing receivers from his spot in the secondary. On the chance he returned an interception or kick for a touchdown, Sanders wouldn’t let you forget it — as he often high-stepped his way to the end zone.

Joe Horn: Is this the Right Number? In 2003, New Orleans Saints receiver Joe Horn pulled off what may have been the craziest celebration of all-time. Horn scored a touchdown against the New York Giants, and then pulled out a cell phone he had strategically placed underneath the goal post padding. This move will be on highlight reels for years to come.

Cruz epitomizes the term “dance” whenever he gets into the end zone. He salsa dances as a tribute to his deceased grandmother — as she taught him how to salsa as a youngster. 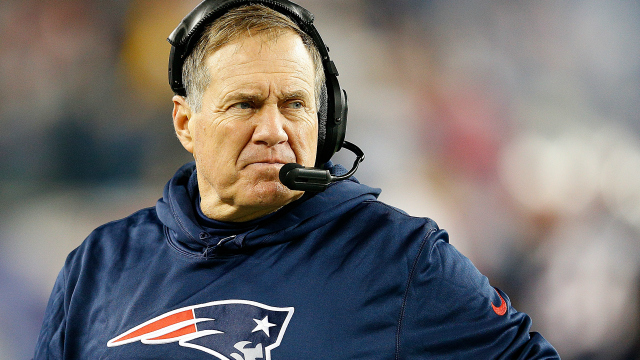 RANKED: All 32 NFL Head Coaches from Worst to Best 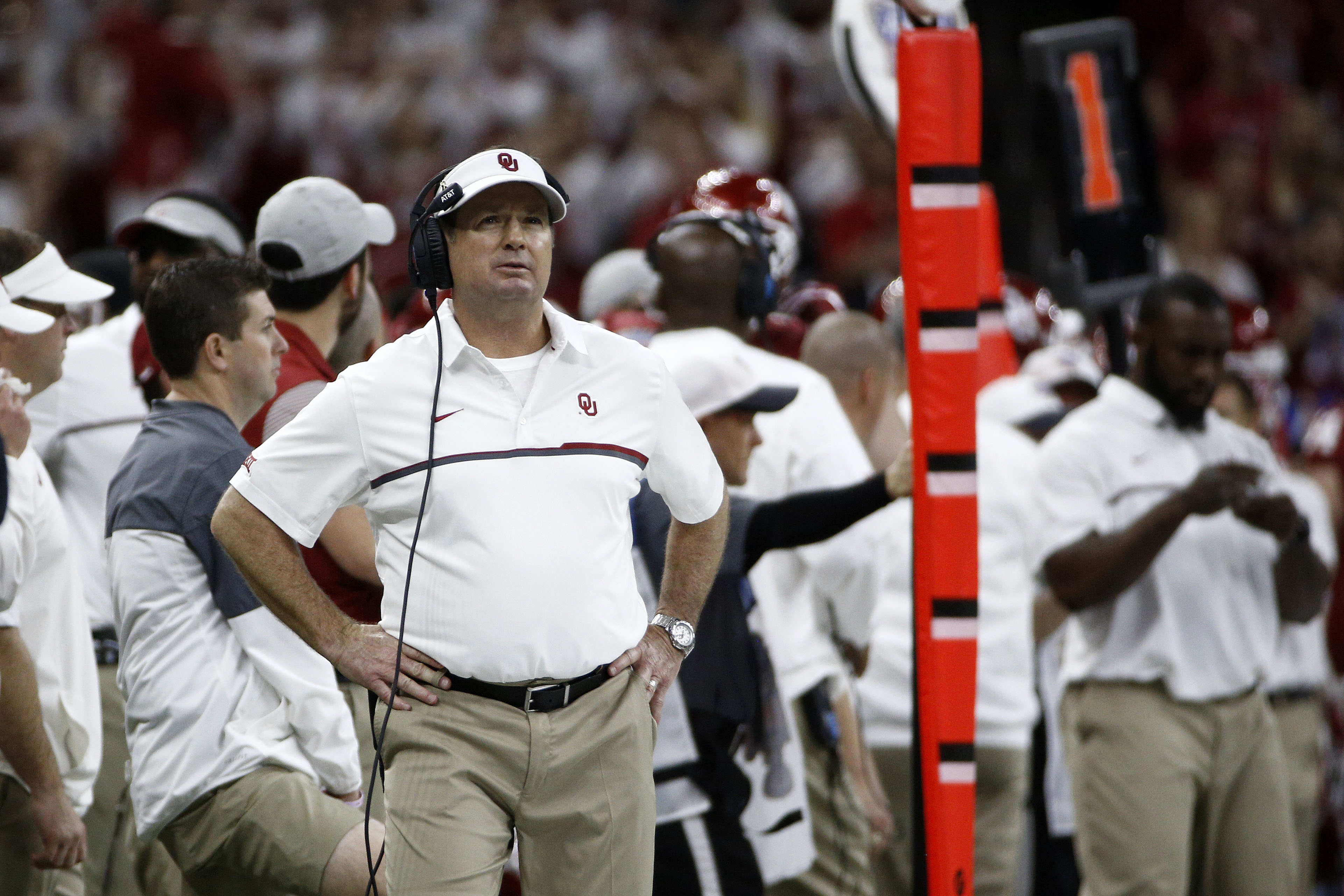 Bob Stoops Steps Down As Head Coach of Oklahoma