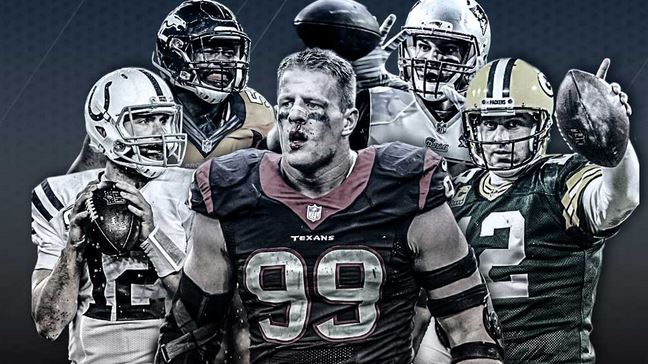 While the NFL season is only 25 percent of the way done, plenty of football has been played to already give some recognition. Let’s take a look at who would win each award if the season were to end today.

No disrespect to Aaron Rodgers and his 11:0 touchdown-to-interception ratio, but Tom Brady has been the Most Valuable Player in the league thus far. Despite playing in only three games while 30 quarterbacks have played four, Brady currently sits fifth in the league with 1,112 passing yards while posting a 9:0 touchdown-to-interception ratio. Leading the Patriots to a 3-0 start, Brady has somehow managed to elevate his play to an even higher level this year. If he can continue this torrid pace, Brady will be fully deserving of winning his third regular season MVP award. No wide receiver has been close to as dominant as Julio Jones through the first four weeks. While his Week 4 showing against the Houston Texans was disappointing, the fact that his team posted 48 points speaks to the attention he occupies. Teams are so concerned with Julio that Devonta Freeman (yes, you read that right), has six rushing touchdowns in the last two games. It doesn’t matter that Roddy White couldn’t get open if a punter was guarding him – Julio Jones has been too dominant for the Falcons’ passing attack to be contained. On pace for one of the greatest seasons by a wide receiver in NFL history, only an injury could prevent Julio from winning this award. Giving this award to J.J. Watt is like giving Bill Belichick the Coach Of The Year Award. It gets redundant, but both are so far superior to their peers that you have to respect their greatness. Despite the Houston Texans defense being nothing short of awful, Watt has continued to absolutely dominate. With 4.0 sacks, 23 tackles and four passes ‘J.J. swatted,’ there’s no telling how bad Houston would be if they didn’t have him. Based on the play of Brian Hoyer and Ryan Mallett thus far, it’s time Watt gets a chance at quarterback so we can stop only giving him this award. Have the Tampa Bay Buccaneers fans and front office begun crying themselves to sleep yet? It’s still early in the careers of Jameis Winston and Marcus Mariota, but there isn’t much of a question as to which quarterback you would rather have leading your team. While the Titans currently find themselves at a disappointing 1-2, in no way is it a reflection of Mariota’s play. The Hawaii native has been phenomenal, with eight touchdowns, two interceptions and 833 passing yards through his first three games. Showing his ability as a pocket passer with razor-sharp accuracy and excellent decision-making, this won’t be the last award Mariota wins in his NFL career. Rex Ryan already inherited an extremely talented defense, but drafting cornerback Ronald Darby has proved to be a brilliant move. The rookie from Florida State is quickly establishing himself as one of the best cornerbacks in the league with two interceptions and an NFL-high 11 passes defensed on the season. Darby’s ability to play man-to-man coverage has been crucial, as it has enabled the Bills to blitz opponents endlessly. The rookie will continue to get even better as he gains familiarity in the league, but Buffalo has to be excited with what they’ve seen so far. The Atlanta Falcons look like an entirely new team compared to last year’s 6-10 squad. Currently at 4-0, the Falcons’ tough new brand of defense is a direct result of Dan Quinn taking over. While every coach likes to discuss how he is going to change a team’s culture, so far, it looks as if Quinn has actually been successful. This award is usually granted to whichever team had the biggest turnaround/win improvement from the previous season, and the Falcons certainly seem well on their way to this honor.