There’s a good chance we’ll be seeing his name later on this list. Hunt famously fumbled away the first carry of his NFL career against the Patriots on opening night. And then he proceeded to put together four of the best games in league history. His dual-threat of rushing and receiving out of the backfield has ushered in a new era of offensive potency for the Chiefs. Hunt’s 502 rushing yards paces the league, as he’s on track for over 2,500 yards from scrimmage. It’ll be tough for him to keep up his 7.4 yards per carry average, but as long as the Chiefs keep feeding their bell cow the ball, he will continue to produce.

The Dallas defense has taken a predictable step back after losing key players this past offseason. Although they are 20th in yards allowed and 26th in scoring, Lawrence has individually broken out through the team’s first four games. Dallas’ best pass rusher has 7.5 sacks thus far, recording at least one in each game.

The 25-year old from Boise State single-handedly dominated the Cardinals offensive line in their Week 3 victory with 3.0 sacks. The usual suspects – Von Miller, Khalil Mack, and Justin Houston – will make their cases as the season wears on, but Lawrence’s record-setting pace must be recognized.

Sensing a pattern here? The third-round pick is looking like anything but a rookie through the first-quarter of the season. For what it’s worth, this entire rookie class is off to a stellar start.

DeShaun Watson shattered everybody’s expectations (except Dabo Swinney’s) after his five touchdown performance against the Titans. Christian McCaffrey hasn’t been great on the ground (2.9 YPC), but has over 400 all-purpose yards on 67 total touches. Tarik Cohen burst onto the scene after a 100-yard performance against the Falcons in Week 1. Alvin Kamara, Cooper Kupp, and Evan Engram have all made plays in the passing game for their respective teams.

A name to look for that could potentially squeeze into the conversation as the season ramps up is Cincy’s Joe Mixon. Mixon has touched the ball exactly twice as much (42 to 21) since Bill Lazor became the team’s offensive coordinator. Only a matter of time before he starts breaking off some big gains.

Still, this is Hunt’s award to lose. Hooker didn’t get the start in his first career NFL game, but took the role heading into Week 2. Since then, the Ohio State product has recorded an interception in each of the team’s last three contests. Originally projected as a potential top-5 pick, Hooker tumbled down the draft board over concerns about his tackling ability. Even so, Hooker is a ball hawk that understands offensive game plans and has the ability to high point passes like a receiver. He’s already developing into one of the more dynamic center fielders in the league.

Coach of the Year — Sean McDermott

Any AFC East coach that can lead their team to a better record than the Patriots deserves this award. After being written off in the offseason following a number of perceived “build for the future” moves, the Bills are sitting pretty atop the division with a 3-1 record. Tyrod Taylor has looked awesome thus far playing mistake-free football. The defense is far improved even after losing Zach Brown, Stephon Gilmore and Ronald Darby.

Winning at Atlanta has Buffalo fans thinking playoffs. They could lose their next 12 games and McDermott deserves this award solely for instilling that sort of confidence in that fan base.

We do have to mention the Sean on the West Coast though — Los Angeles’ McVay. The 31-year old has seemingly morphed Jared Goff into a winning quarterback overnight, and has the Rams as the top scoring offense in the league after finishing last in scoring in 2016. The Sean vs. Sean debate will be interesting to monitor throughout the year. In all fairness, Hunt may well be the favorite for this award too. For the sake of switching it up, we give the nod to his backfield teammate who is enjoying the best start to a season in his 13-year career. Smith has been a solid QB for years now, but his big play ability this season has separated him from the pack. Avoiding turning the ball over has never been a problem for Smith, and being able to mix that efficiency with a 8.82 yards per attempt average has allowed the Chiefs to enjoy a 4-0 record.

Smith leads the league in completion percentage (76.0), QB rating (124.2), and is sporting a spotless 8:0 TD-INT ratio. Will this last? Probably not. But Smith has earned this moment. 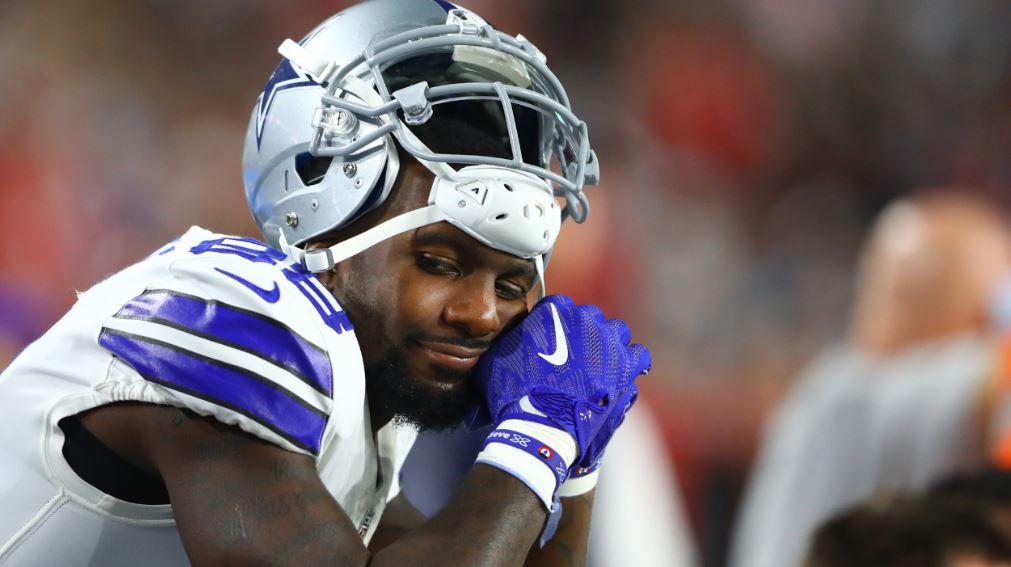