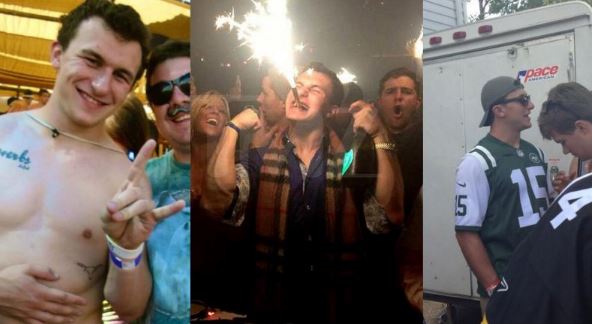 The disintegration of Johnny Manziel’s NFL career has been a gradual, depressing saga that has taken place over the past four months. Between the domestic violence case, the trashing of an Airbnb property, multiple hit-and-run incidents, the embarrassing social media videos and being referred to as a “druggie” by his own father, it didn’t appear as if life could get much worse for Manziel.

Enter the NFL though, who has no problem piling on to Manziel’s misery. Sources say Manziel has received a four-game suspension for violating the NFL’s substance abuse policy. While it remains an extreme longshot that the free agent will even be on an NFL team this season, the suspension simply serves as another roadblock to Manziel’s hopeful return.

After an offseason filled with partying, the former Browns quarterback recently said he plans to get sober beginning July 1. Along with going substance-free, Manziel also said he will start working out to return to game shape.

It’s an important first step for the 2014 first-round pick, but with no team likely to sign him and additional discipline from the NFL still pending, life for Manziel probably won’t be improving anytime soon.