Entering the 2016 season, not many could have possibly predicted that Matt Ryan would end up with the regular season NFL MVP. In fact, the past two MVP’s (Ryan and Cam Newton) had higher than 15-1 odds of taking home the hardware before the season had started. In essence, the MVP can be a bit of a crapshoot. If you’re betting on who wins the award, you can find plenty of value with some longshots. Using the preseason odds provided by Bovada, here are some of the best value bets entering this season.

It’s truly a travesty that Brees has never won a regular season MVP. Although the New Orleans gunslinger is likely far happier as a former Super Bowl MVP – a player with his credentials surely deserves more hardware. One of the greatest pure passers in league history, Brees puts himself in the conversation for the award every year with his prolific numbers. The addition of running back Adrian Peterson should only help bolster the Saints’ offense, and another 5,000 yard season could be enough for Brees to win his first MVP. The basis in Luck’s argument for winning the MVP in 2018 is that the Colts can’t afford to waste away another year of the quarterback’s prime. Indy has now missed the playoffs in two consecutive years for the first time since 1998 (Peyton Manning’s rookie season). Luck will put up the requisite numbers to contend for the award, but will have to cut down on turnovers in order to to leapfrog other top candidates. MVP winners are typically on good teams, so the Colts as a whole will have to pick up their level of play for Luck to have a chance. Newton has a leg up on the competition having already won an MVP award. In a magnificent 2015 campaign, the Panthers’ dynamic signal caller accounted for 45 touchdowns – leading his team to a 15-1 regular season record. After stumbling last year, look for Newton to bounce back in a big way. Carolina has done well this offseason in providing their franchise QB with weapons, and the defense will be improved enough to give the Panthers a shot at the playoffs. Winston has proven his mettle during his first two years in the league. The Bucs have been a far more competitive team since he’s been in uniform – improving by four wins in his rookie year and by three more during his sophomore season. Many have pegged Tampa Bay as a team that could sneak into the playoffs this coming season, and if they do, it’ll be due to Winston’s gifted arm. Adding receiver DeSean Jackson gives the Bucs another deep threat, and the NFC South isn’t exactly regarded for their excellent defenses (with all due respect to Carolina). Expect Winston to take a major step in his development next year, and a shiny MVP trophy could be his reward. It’s nearly impossible for a non-QB to win an MVP in the current era of football, but if anybody can buck that trend, it’s Zeke. Elliott was unstoppable in his rookie season — showcasing a devastating blend of vision, speed, and power. The Cowboys lean on Zeke for their offense, and justifiably so with his production. The aforementioned Peterson is the last non-QB to take home the trophy. During that season, he needed to be nine yards shy of a 30-year old record to win the MVP. Zeke will have to be equally as great. If the Cowboys can repeat as NFC East champs, and Dak Prescott’s numbers aren’t gaudy, Elliott will have a puncher’s chance. 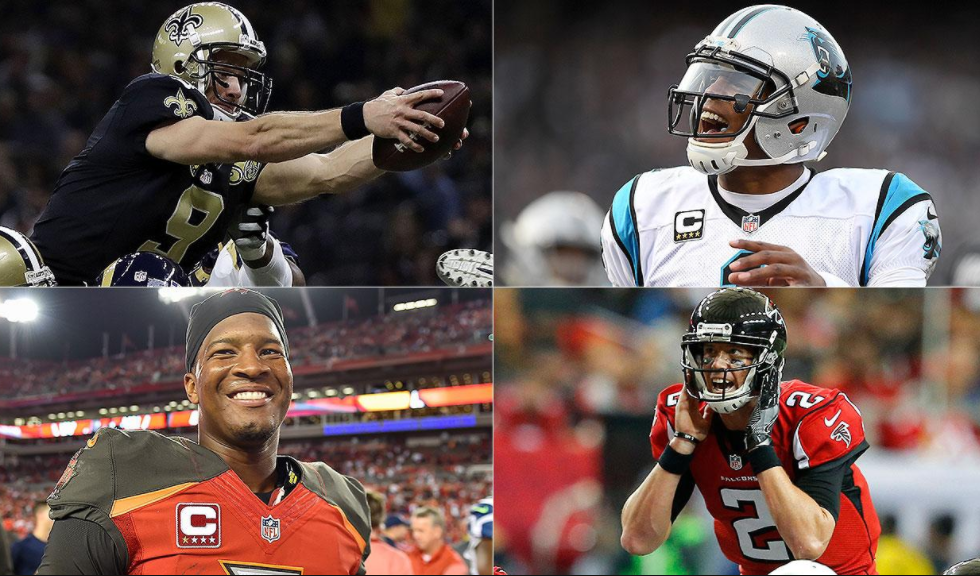 Ranking Each NFL Division From Worst to Best