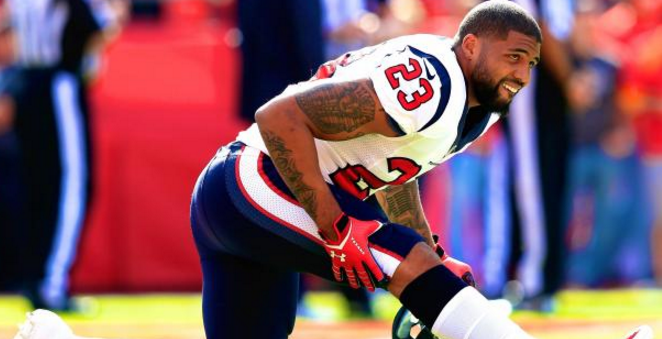 Well, it was fun while it lasted…

Arian Foster’s season has come to an end after contributing to fantasy football line-ups for an entire four weeks. Following a serious groin injury which caused Foster to miss the first three games of the season, the star running back went down again after starting to get back into the flow of things.

With 125 yards of total offense and two touchdowns (one rushing, one receiving) against the Miami Dolphins, Foster’s day ended prematurely when he tried to run a simple passing route in the fourth quarter.

Completely untouched on the play, Foster tore his Achilles – a potentially career-ending injury for the 29-year-old.

Considered injury-prone throughout his career, Foster’s ability to get hurt knows no bounds. It seems as if a violent sneeze, a deep-tissue massage or an inconvenient canker sore has the potential to end his season.

The fantasy football stud will surely be missed, as teams who drafted Foster have to try and fill his void through the waiver wire. Of course, it’s hard to really be shocked by Foster’s injury, since he he has only played all 16 games in two of his seven career seasons.

But even despite the trend, it’s still devastating for fantasy owners. There aren’t many things worse in the world of fantasy football than uttering the words: “I need to pick up Alfred Blue.”

If that’s the position you’re in, then congratulations, you must feel as hopeless as the entire Houston Texans organization.