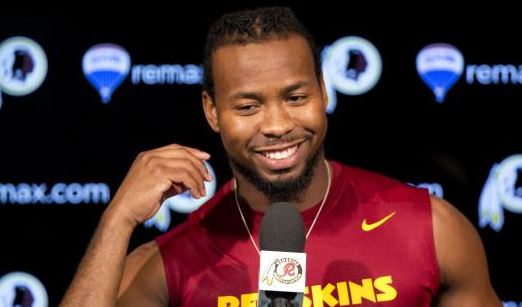 Cornerback Josh Norman burst onto the scene in his fourth season with the Carolina Panthers, earning All-Pro and Pro Bowl honors for the first time in his career. He bolstered a lockdown Panthers secondary, and was a key reason Carolina made it to the franchise’s second ever Super Bowl.

Norman translated this on-field excellence into a five-year, $75 million contract with the Washington Redskins this offseason, making him the highest paid defensive back in the NFL. And while this success was already impressive enough, Norman reached a newfound level of fame after receiving this shout-out from Jay Z in DJ Khaled’s single “I got the Keys”:

“One-on-one with the corner with no safety help. I perform like Josh Norman, I ain’t normal.”

Although Norman is no longer with the Panthers, his former teammates couldn’t help but take to Twitter to show their excitement: It appears there’s no bad blood between Norman and the Panthers as of now, but that certainly might change by the time the two teams square off on December 19.