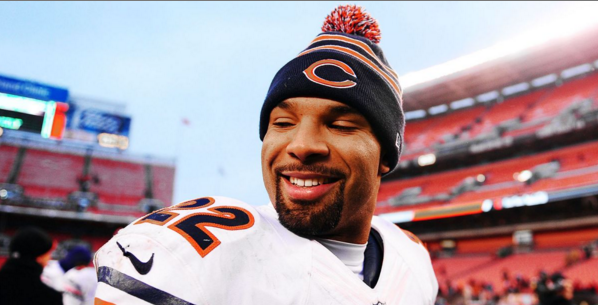 Running back Matt Forte spent his first eight seasons with the Chicago Bears, but will now be taking his talents to the New York Jets for the next three seasons. The former Tulane star inked a three-year, $12 million deal with the Jets.

New York experienced a bit of an offensive renaissance last season with journeyman quarterback Ryan Fitzpatrick under center. The Jets came one game short of reaching the postseason, and are hoping Forte can provide the needed boost at the running back position.

Last season’s starting running back, Chris Ivory, bolted for the Jacksonville Jaguars, making Forte’s signing all the more important. He will join a running back committee that includes Bilal Powell and Khiry Robinson.

Forte offers versatility as an every-down player for the Jets, while Powell and Robinson are a bit more specialized. Powell is an intriguing third-down back and Robinson is most successful in short-yardage situations.

From a receiving standpoint, few (if any) running backs are better than Forte. In 2014, he set an NFL record with 102 receptions – the most catches in a single season by a running back. Now 30 years old, his rushing ability has declined, but he should still serve as an upgrade over the oft-injured Ivory.

And with Forte helping improve the already dangerous passing attack, the Jets seem well on their way to their first postseason appearance since 2010.