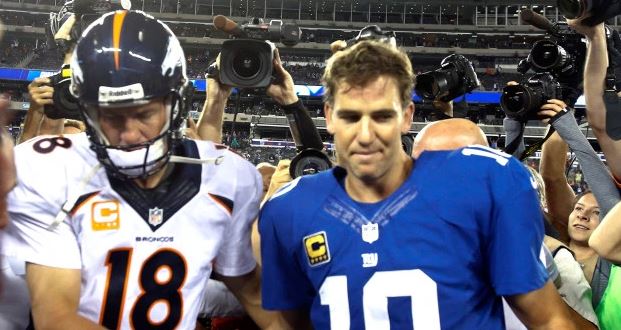 Fans aren’t the only ones who remain unsure as to whether or not Super Bowl 50 will serve as Peyton Manning’s final NFL game. Peyton’s brother, Eli, spoke on the topic and explained that it has not been something discussed within the Manning family.

“He has not said anything to me about it. But I think I kind of may think like everybody else, where you see this as possibly being the last game. I don’t know if he knows himself or if he’s thought about it. But when you get to Year 19 and you deal with some injuries and things going on … it would be a good way to go out.”

The injuries and obstacles Peyton has had to overcome this season have been well-documented, as few would have ever expected the Broncos to be in their current position. The final obstacle will by no means be easy, as Peyton has the difficult task of taking on the Carolina Panthers (17-1).

The narrative feels familiar to what Peyton’s brother has faced in the past, as Eli and the New York Giants won as heavy underdogs against the New England Patriots in 2008 and 2012. While Eli remained ambiguous about Peyton’s retirement plans, he made it clear he will be rooting for his big brother in this one. “I hope he can win this game, and if he decides to hang it up, he can go out on top.”

As the cream-of-the-crop for the past 19 years at the quarterback position, it would only be fitting that Peyton goes out with a second Lombardi Trophy in hand.