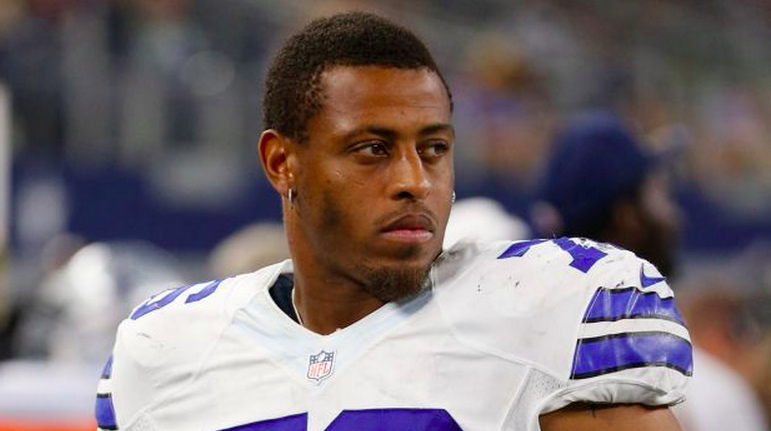 Greg Hardy hasn’t played in an NFL game since Week 1 of the 2014 season, stemming from a domestic violence case in which he has yet to admit fault to. For those NFL fans hoping to see a changed man, you are sure to be disappointed.

Hardy is already ruffling feathers once again, despite not playing a single snap this season. Telling the media he looks to “come out guns blazing” in his 2015 debut against the New England Patriots, Hardy could not have used a poorer choice of words.

Hardy’s domestic abuse suspension stems from allegations in which he choked and threatened his girlfriend, and then violently threw her onto a futon full of his firearms. With over 12 months to think about how he could word his excitement to return to the field, literally any other statement would’ve been smarter.

As if it couldn’t get worse, Hardy’s idiotic remarks didn’t stop there. Dallas’ defensive end also managed to discuss Tom Brady’s wife, Gisele Bundchen, saying, “I hope she comes to the game. I hope her sister comes to the game. [I hope] all her friends come to the game.”

It’s almost admirable that Hardy managed to show how little he has changed in one short interview. Between the gun references and disparaging comments toward women, Hardy is the latest example of Commissioner Roger Goodell’s character-altering disciplinary policies.