NFL by The Instigator 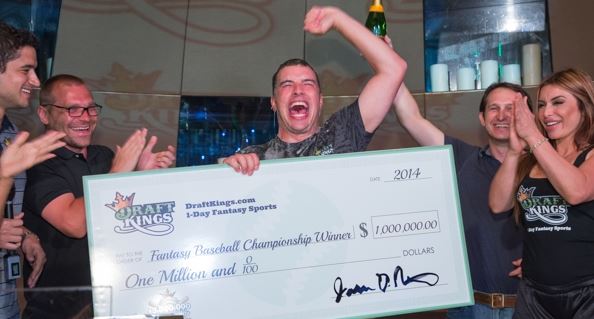 The world of sports betting continues to get more convoluted with each passing day.

While gamblers are forced to pursue illegal offshore betting sites to get action on a football game, the realm of daily fantasy sports has managed to remain legal. When the Unlawful Internet Gambling Enforcement Act was passed in 2006, it clearly stated that skill-based contests were allowed.

FanDuel and DraftKings have pounced on this, arguing that their sites are nothing more than skill-based games.
However, if tampering with the integrity of the game is what concerns people most, how are daily betting competitions any different?

People have argued that coaches might be more inclined to run up the score (or get blown out) based on the betting line. But now, what’s to stop an offensive coordinator from making a little-known player that’s a cheap purchase on FanDuel or DraftKings the focal point of their offense for the week?

How easy would it be for Falcons offensive coordinator Kyle Shanahan to bench Devonta Freeman after the first series, play back-up Tevin Coleman the rest of the way, and blame it on ‘game-flow’ in the press conference following the game? Shanahan could tip off a close friend, have him select Coleman for $5,300 (instead of Freeman for $8,700), and watch his hand-picked lineup challenge for the grand prize.

Obviously, professional sports leagues ban coaches, players and any other employees from betting, but it didn’t stop the likes of Pete Rose and Tim Donaghy. When you have an inside edge, it becomes difficult to resist the urge to make money off of it.

And that’s just it – daily fantasy sports is not a skill-based game. It is gambling that is dominated by complicated algorithms and inside information. FanDuel and DraftKings have slyly spammed our everyday lives, making us believe we can win the weekly million-dollar grand prizes.

But a recent blog post by a DraftKings employee reminded us that we are playing against a stacked deck. Ethan Haskell accidentally released information listing the percentage of teams who picked a specific player, which serves as a tremendous advantage when compiling a line-up (you want to select players no one is picking).

Once it was revealed that DraftKings employees were competing on FanDuel and vice versa (and making enormous profits), the integrity of these “skill-based games” were suddenly called into question.

Just because you have won your family fantasy league three times in a row doesn’t mean you can suddenly beat experts who spend their lives figuring out optimal lineups. You don’t have the edge, no matter how many Matthew Berry/Field Yates/Brandon Funston fantasy articles you read.

But if you are enjoying yourself, by all means, keep playing. Much like the lotto, anyone can win. Just don’t expect to be the next million-dollar winner on the commercials, because realistically, the fancy algorithm is going to come out on top.