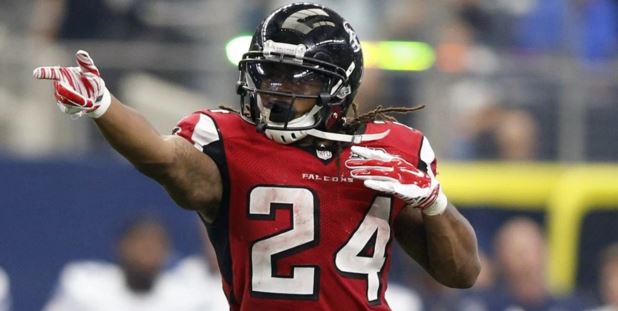 When the Atlanta Falcons (6-2) travel to Santa Clara this weekend to take on the San Francisco 49ers (2-6), they will rely heavily on the run game. The 49ers run defense is currently allowing 123.8 rush yards per game, and that number isn’t likely to decrease this week then they face the top rusher in the NFL, Devonta Freeman. The second year back from Florida State has sliced and diced opponents for 709 rushing yards and nine touchdowns this season.

Coming out of Florida State, the Falcons weren’t sure about his role. There were issues with Freeman’s blocking skills and the team had Steven Jackson as their feature back. The Falcons then drafted Tevin Coleman, a rookie who actually won the starting role heading into this year. But when Coleman went down with a fractured rib, Freeman exploded onto the scene and hasn’t looked back.

The young standout is averaging 4.7 yards per carry and has 40 receptions on the season. This weekend, facing the lowly 49ers defense probably feels like his birthday and Christmas wrapped into one. San Francisco’s defense is abysmal and the Falcons should dominate possession with Blaine Gabbert starting for San Francisco. The “Dirty Birds” will take an early lead, and with Freeman pounding the ball, the team will never look back.

Expect the running back to gain 120 yards on the ground along with another 50 through the air. He’ll give you two touchdowns and will (once again) finish as the top scoring running back in fantasy football this week.