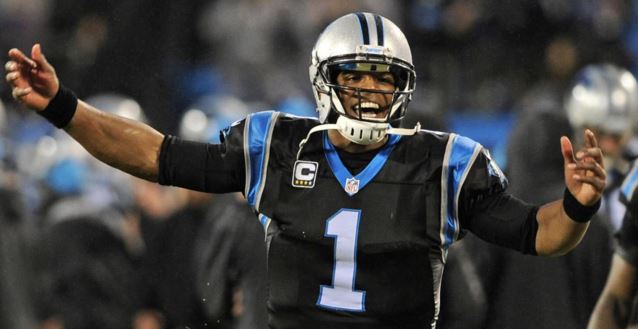 The Carolina Panthers (13-0) remained undefeated after a decisive 38-0 win over the Atlanta Falcons. Clinching a first-round bye in the playoffs as a result, spirits were high among Panthers players. It was an all-around team effort for Cam Newton’s squad, as the offense and defense both played exceptionally.

With a huge lead, the Panthers’ younger, less experienced players got the opportunity for some in-game reps in the 4th quarter. While many of Carolina’s first-stringers were happy to watch the back-ups get some playing time, defensive end Charles Johnson wasn’t one of them.

Johnson took his frustration to Twitter, where he said “Good game overall as a TEAM!!? [W]hat’s the point of having good pass rushers if u sit them at the beginning of the 4 quarter #KeepPounding. I thought passer rusher are for situation like today!! Guess not.”

The 9-year veteran obviously regretted his choice of words since the tweet has been deleted from his account. But, c’mon Charles – you’re better than that. Selfishness like this doesn’t win titles, as Carolina fans have to hope team chemistry doesn’t become an issue.

It’s Super Bowl or bust for a Panthers squad three games away from becoming the second team ever to go 16-0 in the regular season. Steamrolling everyone in their path, Stephen Curry’s favorite football team will look to keep the momentum going.

RELATED: Stephen Curry Makes This Bold Statement About His Undefeated Warriors And Panthers

Curry hoped his Warriors and Panthers would both be undefeated on February 7, 2016, but after Golden State lost to the Milwaukee Bucks this weekend, only Cam Newton and Carolina can hold up their end of the bargain.