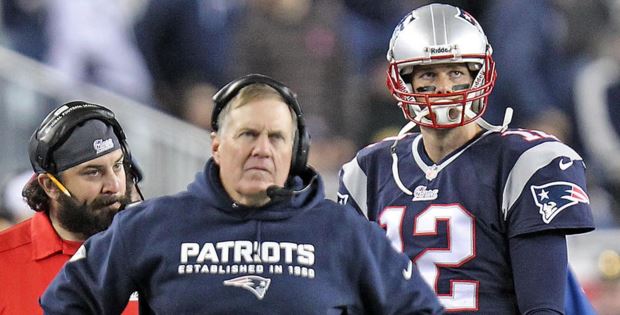 New England’s hopes of a perfect 19-0 season have come to an end after losing 30-24 to the Denver Broncos, but the dream of winning back-to-back Super Bowls is very much alive. Both goals appeared to fly out the window when tight end Rob Gronkowski went down with three minutes left in the fourth quarter.

Rolling on the ground while clutching his right knee, Gronkowski’s reaction to being hit low by Darian Stewart suggested his season was over. We had seen it all too often with Gronkowski before – a late season injury which breaks the offense’s rhythm and leaves them directionless heading into the postseason.

Only this time, Gronkowski escaped unscathed.

Tests revealed a bone bruise on Gronkowski’s right knee, and for precautionary reasons, New England’s tight end could miss 1-2 weeks. But with a four game lead in the AFC East, the Patriots have set themselves up nicely to get healthy before the playoffs.

While Dion Lewis has already been ruled out for the season, New England has to worry about playmakers Julian Edelman, Danny Amendola and Rob Gronkowski returning to full health. I’m pretty sure there’s a reason New England’s current receiving corps of Keshawn Martin, Scott Chandler and James White have combined for zero postseason starts – it’s because they aren’t very good.

Tom Brady has proven throughout his career that he can make do with whatever is at his disposal, but this current talent-less group looks to be the exception. With no one capable of getting open during overtime against Denver, Brady was left screaming at officials for calls he knew he wouldn’t get. Arguing with referees isn’t a great recipe for postseason success, but thanks to the eventual return of Edelman, Amendola and Gronkowski, Brady won’t have to resort to that.

19-0 is no longer a possibility, but Gronkowski’s salvaged season leaves Brady and the New England Patriots in perfect position for back-to-back Super Bowls.