The New England Patriots, Seattle Seahawks, and Pittsburgh Steelers are three of the most decorated teams of the new millennium. All three have won a Super Bowl since 2009, and have combined for 13 Super Bowl appearances since 2002. Entering this season, they were all widely picked to win their respective divisions. After five weeks, each team has gone 3-2 — and are currently tied for a lead in their divisions. Let’s take a look at how these three perennial powerhouses got here, and how their futures look:

New England’s slow start to the year has been well-documented. After rumblings of a second 16-0 season, the Pats were run over by a hungrier Kansas City team on opening night. A loss to Cam Newton and the Panthers in Week 4 marked the second home defeat of the season. It’s worth noting that the Patriots haven’t lost more than two games at home in a single season since 2008 — which happens to be the year Tom Brady went down in Week 1. The defense has relinquished 142 points on the year. Holding turnover-machine Jameis Winston and the sporadic Buccaneers to 14 points last Thursday has been the best showing by that group thus far. Brady has been his regular age-defying self through five weeks, but the receivers sustain injuries seemingly every game. They’ve already lost Julian Edelman — their No. 1 third-down target — for the season. Rob Gronkowski and Danny Amendola have missed time, and Chris Hogan seems to be playing through an injury himself. If there’s anybody that can traverse through these ailments, it’s Bill Belichick. However, this year comes with its own cachet of hurdles to overcome.

The AFC East has become far more competitive in the blink of an eye. Buffalo and New York have vastly overachieved, and look far better than many gave them credit for. The Bills defense has held opponents to just 74 total points through five games, while the Jets are riding an enormous hot streak of three-consecutive wins. Even the Dolphins — who have scored just over 10 points per game — are sitting at 2-2 with arguably the most talented roster in the division.

The Pats are still the clear favorite, but an abysmal defense and the growing number of injuries could hurt them sooner rather than later.

Their Super Bowl XLIX adversary, the Seahawks, have faced their own struggles early on. A close 16-10 victory over the Rams highlighted their offensive ineptitude. If it weren’t for miraculous plays by Earl Thomas and Sheldon Richardson (and a Cooper Kupp dropped touchdown), the Seahawks could be looking at a two-game deficit in the division. Now tied with the Rams, Seattle’s offense will need to step it up to be a true contender.

Seattle’s backfield remains a major issue. Eddie Lacy and a slew of journeymen/rookies have all toted the ball for the Seahawks with mixed results. Their best runner thus far had been Chris Carson — though he was lost to a season-ending injury against the Colts in Week 4. Lacy has been flat-out bad, averaging just 3.0 yards per carry. Thomas Rawls has earned a meager 24 yards on 13 carries.

Their receiving group is as shallow as it’s been during Wilson’s tenure. Although his departure helped the Seahawks land Richardson, Jermaine Kearse’s absence has been felt. Doug Baldwin has been dealing with injuries throughout the year, and is the only reliable option. Jimmy Graham has failed to get going. Their second-best receiver has been Paul Richardson, who has just 65 career receptions in four seasons. Tyler Lockett hasn’t been as dynamic as advertised.

Couple the weaknesses at the skill positions with the abysmal offensive line play, and it’s no wonder why Wilson is putting up career-low numbers across the board. The sixth-year quarterback is a one-man show in Seattle’s backfield, regularly dodging would-be tacklers and making the best out of his limited resources.

Pete Carroll’s club has become notorious for their slow starts (3-2-1 in 2016, 2-4 in 2015, 3-3 in 2014), but typically start clicking in the later months of the year. Wilson has won an astonishing 79-percent of games in November and December since entering the league. As long as their offense is league-average, they should win the division. With that said, the Rams are closing in with a young and talented roster. A few more offensive performances like the one this past week and the Seahawks will be in serious trouble.

New England can rest easy knowing Brady has been playing to an MVP-level, while Seahawks fans know what the 28-year old Wilson is capable of with healthy receivers when called upon (see: Week 3 against the Titans). The Steelers, on the other hand, face far more severe problems at the quarterback position.

Ben Roethlisberger was historically bad against the Jaguars in Week 5. Throwing for five interceptions and no touchdowns, Big Ben effectively ended Pittsburgh’s day after tossing consecutive pick-sixes in the third quarter. The difference here between the Steelers and the other two squads was that the rest of the team performed adequately. Le’Veon Bell and Antonio Brown were heavily used in the passing game — accounting for 10 receptions each. Pittsburgh’s defense held Blake Bortles to 95 passing yards. Leonard Fournette ended the day with 181 rushing yards, but almost half of those were amassed on a 90-yard scamper with the game already out of reach. Though the team was able-bodied and competing, Roethlisberger was the clear weak link.

After the game, the two-time Super Bowl champion was his own biggest critic. With preseason rumors swirling that Roethlisberger was contemplating retirement, the Steelers are left in a funky place among a cutthroat AFC North Division.

New England’s defense, Seattle’s offense, and Pittsburgh’s inconsistency at quarterback has plagued them through the first five weeks. All three teams remain the favorites in their division, though the starts of their seasons could have fared far better. Expect the Patriots, Seahawks and Steelers to pick it up as the year progresses like most great teams do. 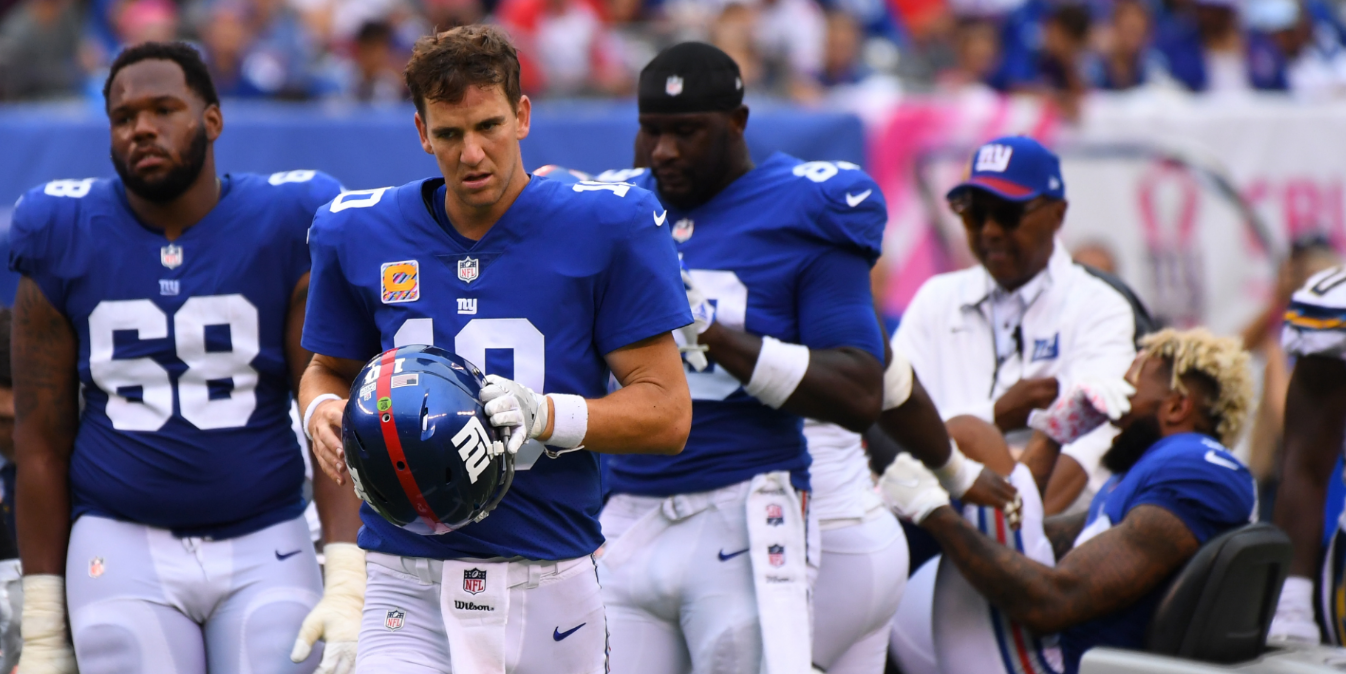