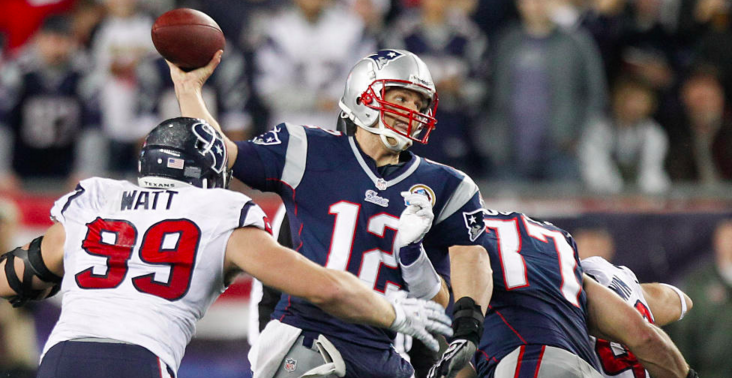 J.J. Watt broke his hand during a Houston Texans practice this week, but that won’t stop him from playing this weekend against Tom Brady and the New England Patriots. The Texans (6-6) are tied atop the AFC South and desperately need a win if they are to keep pace with the Indianapolis Colts. After winning the Defensive Player of the Year Award last season, Watt is the frontrunner once again this year. With 59 tackles and a league-leading 13.5 sacks, the former Wisconsin Badger continues to be the most disruptive force in the NFL. He will need to wreak havoc again this week if the Texans are to have any chance of knocking off the Patriots.

The blueprint to slowing down Brady has always been to get pressure on him, making this an intriguing match-up for a Texans defense whose strength is along the defensive line. Despite an atrocious start to the season, Watt and the rest of Houston’s defense is improving rapidly and now finds itself ranked 10th in the league in defensive efficiency. Facing a Patriots team who has lost two in a row, history certainly isn’t in the Texans’ favor. New England hasn’t lost three games in a row since 2002, and will obviously want to keep that streak going by getting a win this week.

It won’t be easy for the Texans to get a much-needed victory, but with Watt on the field (sporting a cast and all), at least it will be possible.