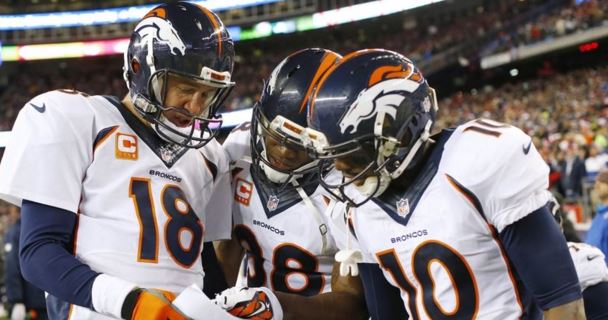 In just two days time, Peyton Manning’s Broncos have gone from what many perceived to be the weakest of the undefeated teams to the strongest.

Following a convincing victory 29-10 over the Green Bay Packers, the Broncos front office made the first big wave heading into the trade deadline, acquiring former Pro Bowl tight end Vernon Davis from the San Francisco 49ers. With the best defense in the league and a star-studded offense led by a former Super Bowl MVP, the Broncos appear to be a far more dangerous team than they were one week ago.

Davis possesses a skill-set that will remind fans of Julius Thomas, but the Maryland alum is far more athletic. Thomas was a big target that was deadly in the red zone while a member of the Broncos, but teams weren’t afraid of him beating them over the top. Davis is able to provide the vertical threat, and should serve as a perfect complement to wide receivers Emmanuel Sanders and Demaryius Thomas. Davis is also a tremendous blocking tight end, and should play a key role in helping Ronnie Hillman and C.J. Anderson excel on the ground.

Manning has grown accustomed to playing alongside athletically challenged tight ends like Ben Utecht and Dallas Clark throughout his career. This makes the acquisition of Davis all the more exciting, as Peyton will finally have a tight end that would beat him in a foot race (just kidding… Peyton couldn’t even beat Roger Goodell in a 40-yard dash).

Manning’s new weapon hasn’t scored a touchdown since Week 1 of the 2014 season, but John Elway and his team believe that a change of scenery and quarterback will re-energize Davis.

Manning is equipped with an elite defense, immense offensive talent, and a front office that has shown a commitment to winning now. It’s now up to the four-time MVP to play the part of the maestro and lead this franchise to its first Super Bowl win since 1999.