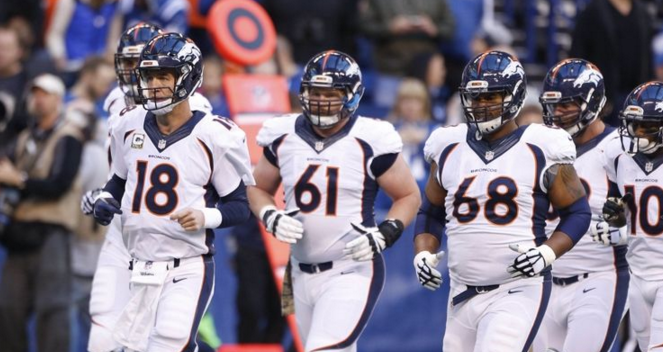 Since the very first Super Bowl, the NFL has rotated the designated home team between the NFC and AFC champions. For whatever reason, it was established that the NFC winner would be the home team in odd numbered Super Bowls, while the AFC took the evens. This year, the Denver Broncos will be the ‘home’ team, and as a result, they get to choose what color jerseys they want.

Earlier in the week, the Broncos officially announced that they will be wearing white uniforms in the Super Bowl, which appears irrelevant on the surface. However, when taking previous postseason records into consideration, the numbers absolutely support Denver’s decision to wear white.

Having made it to seven total Super Bowls in their franchise’s history, the Broncos are 1-1 in white jerseys, 1-0 in blue, and 0-4 in orange. While blue may seem like the logical solution, they also took their quarterback’s postseason history into account. Peyton Manning has a 1-2 record in his Super Bowl appearances, and won his only title while wearing white.

Even if it seems somewhat absurd, other teams have clearly caught on to this trend as well. In fact, teams wearing white uniforms have won 10 of the last 11 Super Bowls – a statistic the Broncos were likely aware of.

While jerseys obviously don’t control the outcome of a football game, it never hurts to have a little history on your side. Despite wearing orange or blue in all 10 home games this season, Denver is hoping the change will give them the needed spark to capture Super Bowl 50.