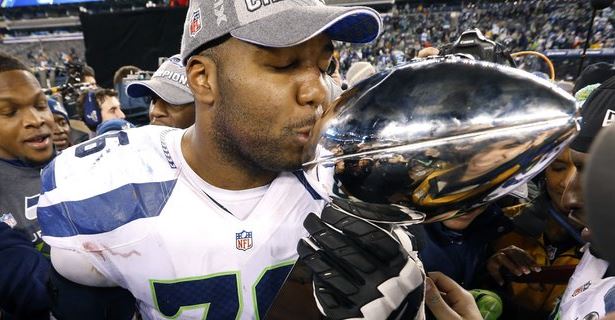 When offensive tackle Russell Okung says he got the deal he wanted, he means it. The six-year veteran is headed to the Denver Broncos after negotiating his own contract.

But the former Seattle Seahawk created some interesting terms with the deal — it’s a one-year, $5 million contract with a four-year, $48 million team option. If the team exercises the option, then Okung would receive $20.5 million guaranteed.

“It’s a bit intricate, but I thought it was the best deal for me moving forward,” the former Oklahoma State Cowboy said. “Denver is the place I want to be in the long haul.”

Okung was previously a client of Jimmy Halsell and brought his former agent into negotiations as an advisor, but decided to draw the deal up himself.

The 28-year old has been a dominant presence in the NFL since he was selected with the 6th overall pick in the 2010 draft. As a 6-foot-5, 310-pound tackle, Okung started 72 games for the Seahawks, including a win in Super Bowl XLVII against the team he recently joined. He also was a Pro-Bowler in 2012 and is recognized as one of the better pass protectors in the league.

Now, he will be taking care of what looks to be Mark Sanchez. The Broncos are expected to trade offensive tackle Ryan Clady who missed the entire 2015 season with a torn left ACL.

Okung’s lack of an agent in this deal could be revolutionary — it will be interesting to see if more players negotiate their own contracts in years to come.