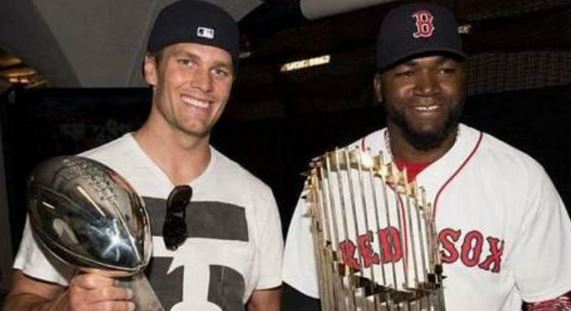 When Red Sox slugger David Ortiz was asked for his opinion on Tom Brady’s reinstated suspension, he gave a very strange response. We’re not sure if he was mixing up metaphors or if he just had breakfast on his mind.

“When you fight eggs with a rock, the eggs never win,” Ortiz told WEEI. I’m sure Ortiz was invoking the David versus Goliath sensibility that a lot of Patriots fans have felt in recent times, especially when it comes to their beloved quarterback’s struggles against the might of Roger Goodell and the NFL’s owners.

The Patriots quarterback’s four-game suspension for deflating footballs during the 2015 AFC Championship Game was reinstated by the appellate court in a 2-to-1 decision on Monday.

Referring to the announcement of Brady’s initial suspension last May, the DH said: “I think the decision was very poor.”

“You’re not just talking about any football player. You’re talking about probably the best player in the game, so what is the message you’re sending? I don’t think the message they’re sending is good. They want to send a strong message to who? The NFL players? How about the fans. What we think of it doesn’t matter?”

It appears that Ortiz is annoyed that the ‘Deflategate’ scandal is still even in the news.

“It’s just surprising a year later talking about the same stuff,” he said.