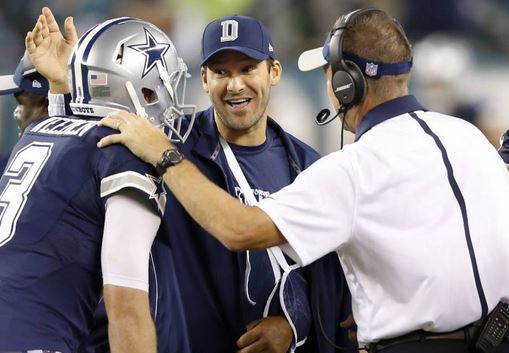 Brandon Weeden is not the same player as Tony Romo, but heading into their Week 3 match-up against the Atlanta Falcons, we at least thought Weeden would get the opportunity to try to emulate him. Instead, offensive coordinator Scott Linehan elected to call a very conservative game.

Choosing to rely on the ground game, the plan seemed to be working after running for 131 yards and four touchdowns through two quarters. However, Atlanta made tremendous halftime adjustments, containing the Cowboys to -4 rushing yards in the second half.

Once the Falcons took the lead in the second half, the Cowboys were forced to shift to a one-dimensional passing attack – the last thing any Cowboys fan would want with Weeden under center.

Despite his talent, the biggest concern with Weeden has always been his accuracy. However, he looked surprisingly sharp, completing 22 of 26 passes to his team (one of his four incompletions went to an Atlanta Falcon). While this passing efficiency might look good on paper, Weeden wasn’t exactly airing it out. The 22 completions to his team went to a total of four players (two running backs, one tight end and one slot receiver), with no pass going for more than 22 yards.

To make matters worse, Dallas’ defense was obliterated by the Falcons and suddenly looks vulnerable. With one-dimensional play-calling on offense and a defense that couldn’t stop Devonta Freeman (yes, you read that right), Brandon Weeden surprisingly isn’t the one to blame for Dallas’ loss to the Falcons.

But that right there is the scariest part for Cowboys fans – if Brandon Weeden plays decently and Dallas still loses by double digits at home, how can they possibly remain atop the NFC East?

The answer is simple, they can’t.