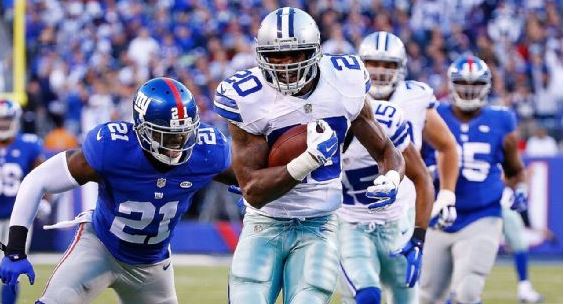 By all accounts, running back Darren McFadden’s NFL career thus far has been a tremendous disappointment. Through eight seasons, McFadden has only surpassed the 1,000 yard mark twice, largely due to his inability to stay on the field.

Despite McFadden’s well-documented injury history though, he had a breakthrough year last season with the Dallas Cowboys. Injuries to other Dallas running backs paved the way for McFadden, who finished the year with 239 carries, 1,089 rushing yards and 3 rushing touchdowns after appearing in all 16 games.

However, it turns out the offseason is just as dangerous to McFadden’s health as the gridiron. Cowboys running back coach Gary Brown said the former Arkansas Razorback broke his elbow over Memorial Day weekend while trying to prevent his cell phone from falling, and is expected to miss about two months.

His role was expected to diminish when the Cowboys selected Ohio State running back Ezekiel Elliott with the fourth overall pick in the draft anyway, but now there is serious doubt as to whether McFadden will even be in uniform for the first game of the season.

It’s the kind of random injury that almost seems too crazy to believe, but is simply the latest bad break for Darren McFadden.