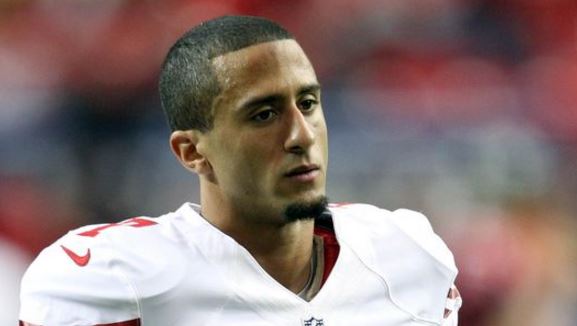 It is one thing to struggle and play badly for a few games, but when a team decides Blaine Gabbert gives the team a better chance to win, it’s time to step away from the game.

This is the situation Colin Kaepernick now finds himself in, and at only 28 years-old, he obviously isn’t ready to retire altogether. But in just two short years, Kaepernick has gone from the brink of superstardom (signed a six-year, $114 million contract) to a mediocre back-up quarterback.

While Jim Tomsula served as Kaepernick’s biggest supporter for much of the season, the head coach could only defend a player who failed to throw a touchdown in five of eight games for so long. Kaepernick’s play has been nothing short of horrendous, and the five-year veteran’s NFL career now seems very much in doubt.

Many are quick to point out how Kaepernick’s demotion signals the end of an era in San Francisco, but it also represents the end of a brief period in the NFL. With Kaepernick and Robert Griffin III now firmly on the bench, creating offenses predicated on the zone-read has officially come to an end.

In 2012, NFL analysts promised that defensive coordinators would figure out how to slow this style of offense down, and boy were they right. Russell Wilson has been able to develop into more of a pocket passer (to save his career), but Kaepernick and Griffin III’s inability to adapt leaves them on the sidelines dreaming about their short-lived success.

49ers fans are also left dreaming about the past, as things surely won’t improve with Blaine Gabbert under center. The former Missouri quarterback has shown zero NFL ability since entering the league five years ago. As a member of the Jacksonville Jaguars for three seasons, Gabbert completed 53.3 percent of his passes for 4,357 yards, 23 touchdowns and 24 interceptions. Based on the talent surrounding him, Gabbert should be able to continue his trend of throwing more interceptions than touchdowns.

Gabbert certainly isn’t the long-term solution for the 49ers, and much to the chagrin of the 49ers front office, neither is Kaepernick. It’s time for Kaepernick to move to a new franchise, where he can once again demonstrate his waste of potential and inability to complete passes from the pocket.

San Francisco might not miss him, but the other NFC West teams certainly will.