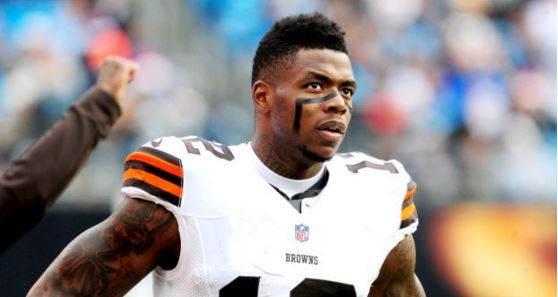 On Tuesday, a league spokesman confirmed that Cleveland Browns receiver Josh Gordon’s petition for reinstatement has been denied. For the supremely talented yet troubled star, this comes as the latest setback in a turbulent career.

After originally being suspended for the 2014 season after testing positive for marijuana, his penalty was eventually reduced to 10 games when the league and NFL Players Association changed their substance abuse policies. Gordon subsequently failed another test following the conclusion of the 2014 season, and remains inactive due to a suspension handed down in February 2015.

The most recent hiccup comes on the heels of the revelation that Gordon and the equally troubled Johnny Manziel are living together in Los Angeles. After filing for reinstatement with Commissioner Roger Goodell earlier this year, Gordon’s latest positive drug test will delay his process of getting back into the league.

Earlier Tuesday, a league source told ESPN NFL Insider Adam Schefter that Gordon’s reinstatement would be delayed until NFL officials feel comfortable he has 60-90 days of no “red-flag tests.”

The Browns have yet to make a decision on Gordon’s future should he be reinstated, but coach Hue Jackson and director of football operations Sashi Brown said they would have a lengthy heart-to-heart with him before deciding on his future.

“Once Josh was suspended, we organizationally set our mind frame to not counting on him coming back, and I think that’s the only healthy way to operate and the way we continue to look at it,” Brown said Wednesday in an interview with SiriusXM NFL radio. “And if Josh is fortunate enough to be reinstated, obviously we’ll have some discussions with him at that time.”

In Gordon’s last full season, 2013, he led the NFL with 1,646 yards receiving despite missing 2 games for a failed drug test. If he can stay clean and earn reinstatement from Commissioner Goodell, the Browns will immediately gain a weapon they have been sorely missing.

Without him, they are all but guaranteed to remain at the bottom of the AFC North.