The loss of Andy Dalton is a devastating blow to the Cincinnati Bengals’ playoff aspirations. In what is looking like one of the best seasons in franchise history, the Bengals were clicking on all cylinders. With a lethal passing attack and a one-two punch of Giovani Bernard and Jeremy Hill in the backfield, Cincinnati was making a push for the No. 1 seed in the AFC.

The injury to Dalton’s thumb is demoralizing for the state of Ohio, but things might not be as bad as first expected. Avoiding season-ending surgery, Dalton will be evaluated weekly to determine whether or not he can play.

In the meantime, Alabama product AJ McCarron is now at the helm for the orange and black. Although he had a phenomenal college career, his skill-set has not translated well to the NFL. Having only thrown four career passes prior to Sunday, the Bengals’ faithful was left chanting “Who Dat” instead of “Who Dey” when he took the field.

While Dalton’s timetable is still a question mark, McCarron gets the early Christmas present of facing a lackluster San Francisco 49ers squad this week. In what should be an easy victory, Dalton can afford to miss this game without jeopardizing Cincinnati’s playoff seeding. Currently sitting with the No. 2 seed, getting a bye in the first round would be extremely helpful in getting Dalton healthy.

But knowing the ‘Red Rifle’ and his playoff track record, this thumb injury will serve as the primary excuse for another first round exit by the Bengals. 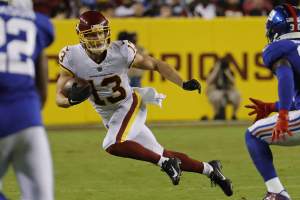