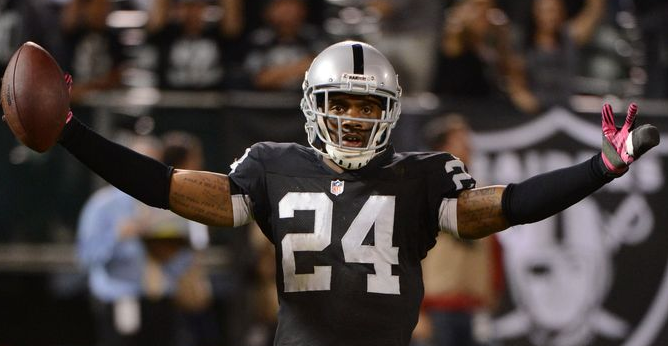 Charles Woodson went out in style Thursday night, as the Oakland Raiders knocked off the San Diego Chargers in overtime to seal their seventh win of the season.

Although the Raiders were eliminated from playoff contention a week ago, the victory was extra sweet, as the Raider faithful got a glimpse of the future Hall-of-Famer one last time. Woodson’s impact on this franchise will forever be present, as he has been a tremendous player and leader for the Silver & Black.

A grateful Woodson expressed his gratitude to the Raiders’ organization and fans after the game. In front of a jam-packed O.co stadium crowd, Woodson said, “You welcomed me back with open arms as if I never left. I just want to let you know how much that means to me and my family. It’s been a joy for me to come back here and play for a second time around.”

He continued with, “It’s funny, I told my teammates earlier in the day if I would have been as a child, sitting down, writing the script on how it would be and how it would go, I don’t think I could have ever written it better than it actually happened.”

Although Woodson never captured a Super Bowl title with the Raiders, the organization would agree that they couldn’t have asked for more from the 9-time Pro Bowler. Woodson has one final game as an Oakland Raider, taking place this week at Arrowhead Stadium against the Kansas City Chiefs.

It will be sad to see the legend finish off his career, but we will undoubtedly see him in Canton, Ohio as a Hall of Fame inductee in the very near future.