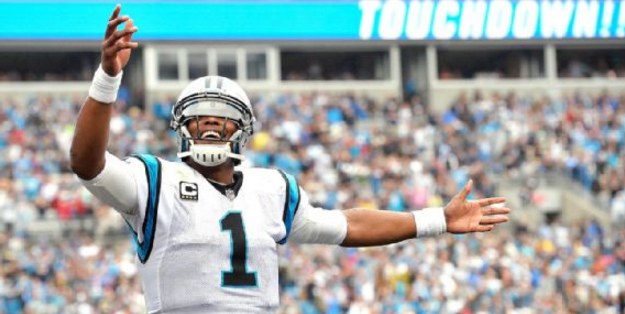 While Newton did not attend the NFL Honors show in San Francisco, his father accepted the award for the former Heisman Trophy winner. The Panthers star completed an almost impeccable season in which he compiled 3,837 passing yards and 636 rushing yards.

Newton had 45 total touchdowns – 35 passing and 10 rushing – while leading the league’s highest scoring offense. The former Auburn Tiger is the first Carolina Panther to win MVP and AP Offensive Player of the Year, as he accounted for 76.2 percent of his team’s total yards.

Earlier this week, Peyton Manning, a 5-time MVP, predicted Newton as this year’s MVP and called the dual-threat quarterback the future face of the NFL.

“He’s just had this incredible year,” Manning said. “There’s no doubt in my mind he’s going to be the MVP on Saturday night. What he’s done in the short time being an NFL quarterback, he’s been awesome. He’s been awesome. That’s the best word I can think of.”

It’s a major compliment coming from a future first ballot Hall of Famer, as Newton and his rare skill-set could potentially dominate the league for the next 10 years. While he came up short in his first-ever Super Bowl, there’s a good likelihood he and the Panthers will be back soon.

With a Super Bowl win, Newton will finally be able to put a Lombardi Trophy next to his MVP and Offensive Player of the Year Awards.