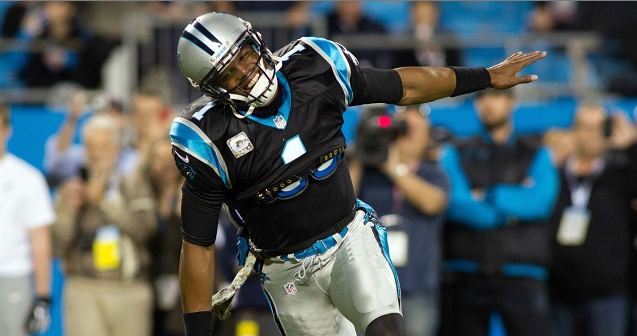 As the games pass by, the ‘Superman’ nickname becomes more applicable to Cam Newton.

Before being drafted by the Panthers, Cam Newton had one of the most illustrious collegiate careers in his short time at Auburn. After transferring from Florida (he could have been the heir apparent to Tim Tebow!!!), Newton led the Tigers to a National Championship and earned a Heisman for his own personal trophy shelf.

This year has been even more of a dream. The Panthers are the only remaining undefeated team in 2015. At 11-0, they are five games from the second-ever 16-0 regular season. With four of the five coming against weak NFC South opponents, Carolina has a legitimate chance to enter the playoffs undefeated.

The Panthers still have to play the Atlanta Falcons twice, but that doesn’t seem very threatening as of late. Carolina’s toughest game will be in New York against the Giants in Week 15, given the weather conditions and playoff implications. But this week, the Panthers get to feast on the Saints defense.

Carolina hasn’t lost a regular season game since November 30, 2014, and now takes on a New Orleans squad this yearlong regular season win streak originally began against. Luckily for the Panthers, the Saints defense couldn’t look any worse at this point in the 2015 season.

Last week, New Orleans failed to score a touchdown against the Houston Texans, and gave up 24 points to a very mediocre offense. The least amount of points the Saints have given up in a game this year is 21. And the most? 49…

Given that Carolina last played on Thanksgiving, they’ve had plenty of time to rest, digest, and prepare for this important division game. If Cam can continue playing like Superman (and dancing like a boss), the Panthers should pick apart New Orleans this Sunday. It just depends on how generous the Saints defense is feeling now that it’s finally December.