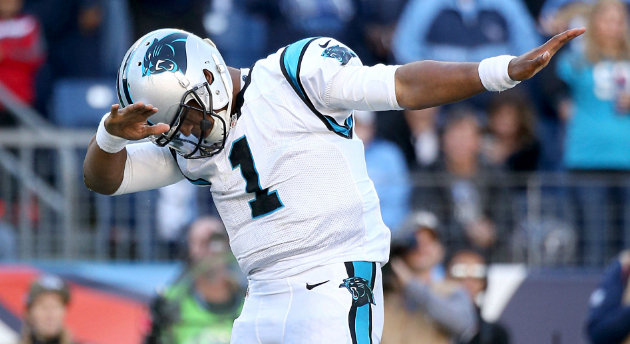 It’s a sad day for “dabbers” all over the world, as Carolina Panthers quarterback and reigning MVP, Cam Newton, has officially announced he won’t be using the infamous dance move to celebrate touchdowns this season.

Speaking on a radio station in Charlotte, Newton said, “I have to put that [dabbing] aside.” The move was used quite often last season, as Newton scored 45 touchdowns en route to leading his Panthers squad to a 15-1 regular season.

Although the “dab” went viral on social media, Newton’s celebration dance didn’t come without controversy. One woman who attended a Panthers game with her daughter wrote Newton a letter after he performed the celebration, stating his behavior on the field promoted “egotism, arrogance and poor sportsmanship.”

After receiving the letter, Newton defended himself by saying the celebration took him to his “happy place,” but also acknowledged that everyone is entitled to their own opinions.

While Newton has yet to divulge what his new celebration will be, you can be sure that the world of social media is eager to find out.