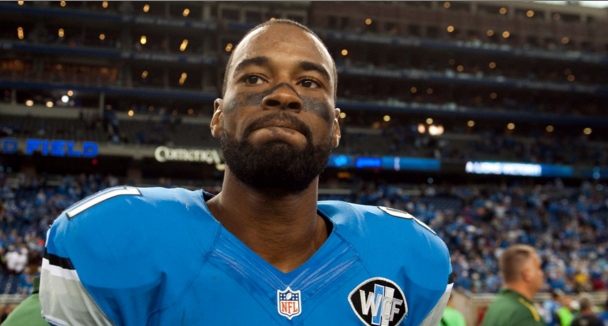 Coming off a playoff berth in 2014, the Detroit Lions (as usual) vastly underperformed this season. They have been the epitome of mediocrity over the years, always finding a way to let down its fanbase. But for Detroit’s many disappointing seasons and draft picks, they hit a home run selecting Calvin Johnson Jr. second overall in 2007.

The star wide receiver has had a Hall of Fame worthy career, but it appears as though even he’s grown tired of Detroit’s losing ways.

Johnson posted 1,214 receiving yards and was selected to the Pro Bowl this season, but surprised many when he released a statement saying he’s “evaluating his options for the future.” This is, of course, a nice way of saying he wants to be traded from the Lions. He wants this so badly, in fact, that he’s considering retiring from the game altogether, despite the four years and globs of money left on his current contract.

Detroit fans all remember when the last superstar they had, Barry Sanders, abruptly retired after a 1,491 yard rushing season in 1998. Even though Sanders rushed for over 1,000 yards every season of his career, he could never elevate the Lions to an elite level in the NFL. With only two playoff appearances in his 9-year career, Johnson finds himself in a very similar position.

Megatron has been the poster child for tall, athletic receivers who have come into the league recently. His career numbers of 11,619 receiving yards and 83 touchdowns put him up there with the greats, but he could surpass most of them if he keeps playing into his thirties.

Although it’s unlikely that the Lions would willingly trade their best player, Detroit owes it to Johnson to let him join a true playoff contender to end his career. If they don’t, we may witness one of the best receivers in NFL history retire way too soon.

And to no one’s surprise, it’d be entirely Detroit’s fault.