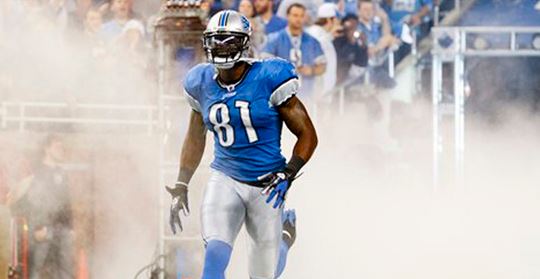 The Detroit Lions haven’t won the NFC North since 1993, and that doesn’t appear to be changing anytime soon with the departure of legendary wide receiver Calvin Johnson.

The potential Hall of Famer released a statement earlier this month stating “like many players at this stage of their career, I am currently evaluating options for my future. I would expect to have a decision regarding this matter in the not-too-distant future.”

Well, Johnson seems to have made his decision, as he informed the Lions’ organization this week that he plans to retire. It is a major blow to a team that has relied on the Matthew Stafford-Calvin Johnson connection for years.

Johnson has been arguably the most productive wide receiver in the league for the last decade. This year, he hauled in 88 receptions for 1,214 yards and 9 touchdowns. This marked the sixth straight season in which he had 1,000+ receiving yards. Overall, he has exceeded the impressive mark seven times in his 9-year career.

At only 30 years old, Megatron’s relatively young age makes his retirement announcement all the more surprising. However, his stellar career will ensure that he goes down as one of the best pass catchers to ever play the game.

Over his career, Megatron has amassed 731 receptions, 11,619 receiving yards and 83 touchdowns. He has shattered Detroit records, and in 2012, the former Georgia Tech Yellow Jacket had an NFL-record 1,964 receiving yards.

Similar to Barry Sanders’ premature retirement announcement, all NFL fans can do is blame the Detroit Lions for forcing another all-time great to step away earlier than expected.